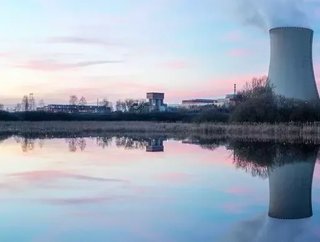 The UK government has announced £30mn in funding for construction of three types of nuclear energy sites in the country...

The UK government has announced £30mn in funding for construction of three types of nuclear energy sites in the country.

The funding comes as part of a £40mn funding package which has been dedicated to the research of new nuclear power as the nation continues to move away from high-carbon energy sources such as coal.

The government has awarded £10mn to each of the three advanced modular reactor projects which, if proven to be successful, could be possible alternatives to large-scale nuclear builds in the future.

These new style of nuclear plants are considerably smaller than traditional sites and use intense heat generated in nuclear reactions which enables the production of large scale, low-carbon electricity.

Advanced modular reactor projects are able to use the latest types of cooling systems and fuels which unlock much more functionality than traditional solutions. These aren’t the only types of nuclear plants that are being funded by the nation’s government. Small modular reactors are also receiving funding which work in the same way as large stations but at a smaller scale.

Here’s what Construction Minister, Nadhim Zahawi had to say: “Advanced modular reactors are the next step in nuclear energy and have the potential to be a crucial part of tackling carbon emissions and climate change.

“Today’s investment will immediately create new jobs in Oxfordshire, Cumbria and Lancashire. But through this vital research, the technology could also create thousands more green-collar jobs for decades to come.”

£5mn of the funding will be used for investment in British companies and start-ups that focus on the development and manufacturing-side of modular reactor projects both in the UK and overseas.

The remaining £5mn will be used towards strengthening the UK’s nuclear regulatory regime.

Despite all of this, warnings have been echoed regarding the replacement of current nuclear sites.

Earlier in the year, Nuclear Industry Association’s Chief Executive, Tom Greatrex, said: “You cannot [achieve net zero] without at least replacing the nuclear fleet, which within the next 10 years will almost all retire. That means we’re going to need a significant amount of construction to happen, but it won’t until there’s clarity about how much and where the country wants to do it.”