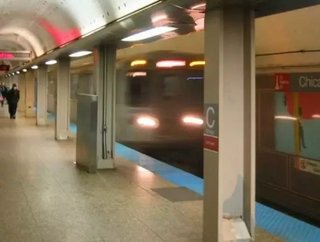 The Chicago Transit Authority (CTA) has awarded two construction contracts to replace and expand the Wilson and 95th/Dan Ryan stations as it seeks to mo...

The Chicago Transit Authority (CTA) has awarded two construction contracts to replace and expand the Wilson and 95th/Dan Ryan stations as it seeks to modernise the Red Line.

The contract for the Wilson station is worth $153.6 million and that for initial foundation and retaining wall work on the 95th/Dan Ryan station is $23.1 million.

"The Red Line is the backbone of the CTA rail system, carrying nearly 40 percent of all rail rides," said CTA President Forrest Claypool. "These investments will benefit not only the thousands of customers who use them each day, but also the surrounding communities."

The $203 million Wilson project involves replacing the deteriorated station house, built in 1923, with a new, modern and accessible station that also will serve as a new transfer point between Red and Purple Line service.

Work also includes the reconstruction of 2,200 feet of century-old elevated track, signals and supporting infrastructure that will be relocated from the street and sidewalks along Broadway and Wilson to the west.

The station work will be done within the footprint of the existing station in the Uptown Square Historic District. Construction is expected to begin late this year.

The new $240 million 95th Street/Dan Ryan station project will replace and expand the existing structure, which was built in 1969.

The station averages 20,000 customers on weekdays and serves as both the southern terminal of the Red Line and a bus terminal for more than 1,000 weekday CTA and Pace bus trips.

The new construction will replace the existing, cramped station with two station buildings, one north and one south of 95th Street. Work on this project is expected to begin in Q4 2014.

Both projects are funded by a mixture of federal, state and local money, and are undertaken as part of Mayor Rahm Emanuel’s ‘Building a New Chicago program’ with additional support from the Illinois Jobs Now program.