9 Tallest bridges in the world 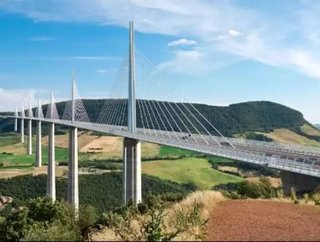 Bridges enable commuters to travel to their various destinations, strengthening local infrastructures and transport links in which they are situated. We...

Bridges enable commuters to travel to their various destinations, strengthening local infrastructures and transport links in which they are situated. We take a look at nine bridges which are the tallest in the world, displaying world-class engineering, construction, architectural and design expertise.

Built in 2001 and completed in 2005 at a cost of approximately €400 million, the Millau Viaduct was constructed to reduce congestion near Millau, which is situated on the popular route from Paris to Spain.

Winning several awards, the cable-stayed bridge signifies a successful collaboration between designers, architects, structural engineers and contractors will remain functional for over 100 years.

Designed by French structural engineer Michael Virlogeux and Swiss engineer Jean-Francois Klein, the Yavuz Sultan Selim Bridge is used for both road and rail. Completed in 2016, the bridge comprises of four lanes and a railway line.

Since its completion, the bridge has become the tallest suspension bridge in the world at 1.056ft.

Officially opening in 2008, the 1,004ft bridge won the 2010 Outstanding Civil Engineering Achievement award (OCEA), and has reduced travel time to the two destinations to solely an hour.

Opening in 2009, Stonecutters Bridge won the 2010 Supreme Award for its construction and design incorporating over 1,000 tonnes of stainless steel and is 978ft tall.

The construction had an array of challenges, in addition to factoring in Hong Kong’s strong winds, which impacted on the bridge’s design.

Completed after 10 years of construction work, the Akashi-Kaikyo bridge in Japan was built as part of the Honshu-Shikoku Project.

At 928ft, the bridge now connects Honshu with Shikoku, at which the build had to factor in the region’s unsettled weather conditions, with an earthquake even occurring when the bridge was constructed.

Completed in 2012, the Yi Sun-sin Bridge within South Korea is the fifth longest suspension bridge in the world and is 890ft tall.

Completed in 2002, the Jingyue Yangtze River Bridge crosses the river and is 869ft tall.

The Great Belt East Bridge within Denmark was built in order to link Halsskov and Sprogo. At 833ft tall, the suspension bridge has enabled commuters to cross effectively and no longer rely on local ferries.