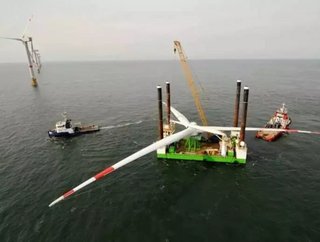 According to Bloomberg, Deepwater Wind is now hoping to start offshore construction this summer, marking a major breakthrough for the US that has struggled to build offshore wind farms.

The Cape Wind scheme off the coast of Massachusetts has faced repeated legal battles with local fishing communities and Native Americans during its 13-year long development.

Meanwhile, Dong Energy, MHI Vestas and Siemens on Tuesday jointly pledged to reduce costs in the offshore wind industry during the next 15 years.

“We need to create profitable investments for offshore projects independent of subsidies,” he said in a statement. “In a united industry, all stakeholders across the whole value chain are equally responsible to contribute and deliver. Siemens takes full ownership of this challenge. If we all do that, we will win.”

The three companies made the commitment as the European Wind Energy Association (EWEA) published a new report predicting that that offshore wind power could be delivered at a levelised cost of €90 per megawatt hour (MWh) by 2030 from around €140 per MWh today. That would make it around the same cost as onshore wind power currently.

The study, carried out by EY, suggests larger turbines could contribute 9% cost reductions by increasing yields and reducing maintenance demands. Meanwhile, a steady project pipeline would deliver 7% cost reductions, as would increased competition in the supply chain.