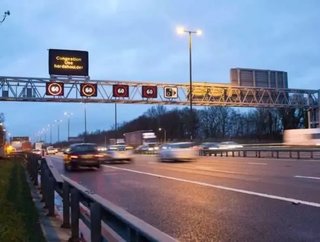 Balfour Beatty has won a &pound;129 million scheme to upgrade a 13.4 mile stretch of the M3 through Hampshire and Surrey to a &lsquo;smart motorway.The...

Balfour Beatty has won a £129 million scheme to upgrade a 13.4 mile stretch of the M3 through Hampshire and Surrey to a ‘smart motorway’.

The upgrade, for the UK Government’s Highways Agency, will increase capacity, reduce congestion and shorten journey times for the 120,000 motorists who pass through this part of the network every day.

The M3 between Junction 2 (interchange with the M25) and Junction 4a (Fleet) will be upgraded to a four-lane motorway by converting the hard shoulder to a permanent running lane. Electronic signs, operated by a regional control centre, will be installed to manage the flow of traffic in response to dri­ving con­di­tions.

Mobilisation work is due to start at the beginning of August, with main construction work due to begin this autumn with completion scheduled for spring 2017. Construction activity will include installing and refurbishing gantries, new static and variable signs, concrete safety barriers, drainage and surfacing works.

Balfour Beatty Executive Chairman Steve Marshall said: "The Highways Agency’s approach to using technology in this way reduces the costs of the road network, pro­vid­es addi­tional capac­ity and improv­es jour­ney times. This award further strengthens our position as one of the UK’s leading contractors for smart motorways and reflects the strength of the relationship we have built with the Highways Agency over the last 20 years. ”

The M3 passes through Chobham Common, one of the largest areas of heathland in Surrey, and Balfour Beatty said it will use a sustainable design taking into account ecological considerations with natural habitats reinstated and enhanced.