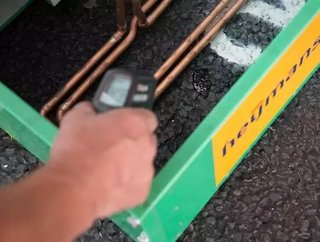 Construction firms BAM and Heijmans will be applying for a permit from the Netherlands Authority for Consumers &amp; Markets (ACM) for the creation of a...

Construction firms BAM and Heijmans will be applying for a permit from the Netherlands Authority for Consumers & Markets (ACM) for the creation of a joint asphalt company.

The objective of the proposed joint venture is to combine the knowledge, expertise and investments in innovation in the area of asphalt production, to further increase the sustainability of the asphalt chain and to improve efficiency. The intended joint venture of asphalt plants was submitted to the ACM for approval.

ACM completed the first phase of its assessment and has indicated that the merger of the asphalt operations requires a permit. ACM concluded that further investigation is required in two regions to determine whether there continues to be sufficient competition on the asphalt/road building market after the merger. This concerns the asphalt plants in Helmond (Brabant Asphalt Plant, BAC) and in Stein (Limburg Asphalt Plant, ACL).

Heijmans and BAM will now submit a permit application to ACM after which the second phase of the ACM process will be initiated. During this phase, ACM will investigate the competitive environment in the two regions in the Southeast Netherlands.

Heijmans has previously developed self-healing asphalt which is able to repair minor damage by itself. Metal fibers in (conventional) asphalt blends allow hairline cracks in the surface to be filled automatically. The process works when heat is generated in these fibers by an induction device driven over the surface. This then causes the surrounding bitumen to melt temporarily.

The approach thus allows old layers of asphalt to be 'renewed'. Hairline cracks are sealed and the potential loss of adhesion with minerals in the asphalt is repaired. This can help to significantly extend the lifespan, particularly regarding silent road surfaces that are highly susceptible to aging.