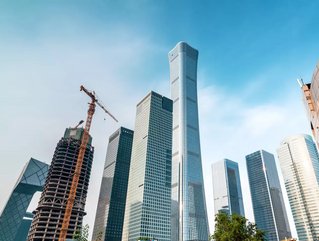 A slowdown in construction in China has seen the nation’s economic growth rate drop from 7.9% in the previous quarter to 4.9% in the latest quarter of this year. The coronavirus pandemic also reportedly played a role in weakening the country’s economy.

Government data showed that factory output, retail sales, and investment in the construction industry were all less than that of the previous quarter. Louis Kuijis from the research company Oxford Economics predicts the situation will likely not improve. “Growth will slow further,” he said. He also said that “ugly growth numbers” in the future may prompt Beijing to ease lending controls and encourage infrastructure development to “prop-up activity”.

Manufacturing industry also affected, with construction output growth rate becoming the worst in the past decade

As well as the construction industry, the manufacturing industry has also been negatively impacted due to shortages in processor chips and other components caused by the coronavirus pandemic. Construction output in China during the period from July to September remained relatively unchanged, growing by just 0.2%. By comparison, construction output from April to June grew by 1.2%. The latest output growth rate of 0.2% makes it one of the weakest quarters for the construction industry in China in the past decade.

Other factors affecting the construction industry in China

Another factor affecting the slowdown of the construction industry is tighter controls imposed by regulators last year over borrowing by developers. For example, one of the biggest companies affected, Evergrande Group, is currently struggling to avoid defaulting on billions of US dollars owed to bondholders.

Commenting on China’s economy in a report, Rajiv Biswas of IHS Markit, said: “The near-term outlook for China’s economy in Q4 remains difficult, due to the expected impact of continuing power shortages going into the winter season and a continuing slowdown in the property sector. The real estate sector continues to be hit by uncertainties relating to the Evergrande debt problems and fears of contagion to some other property developers.”