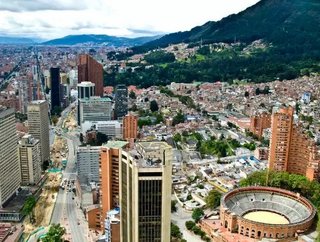 The European Investment Bank (EIB) has signed an agreement to finance the new public transport system in the Colombian capital of Bogotá. The new Met...

The European Investment Bank (EIB) has signed an agreement to finance the new public transport system in the Colombian capital of Bogotá.

The new Metro de Bogotá project will be funded by EIB as well as the Inter-American Development Bank (IDB) and the International Bank for Reconstruction and Development (IBRD). EIB is set to loan a total of €480mn toward the project with IDB and IBRD contributing $600mn apiece. The project in total is to be worth €4.3bn.

So far, EIB has granted $56mn with the guarantee of the Republic of Colombia as the first instalment of the loan.

According to World Construction Network, the metro line is set to be 24km long and will be constructed on a raised track to reduce risks associated with potential earthquakes. The project is set to be completed in 2026 and will include 15 stations, operating 23 trains with a capacity of 1,800 passengers each.

The project forms part of Bogotá’s 2016-19 Municipal Development Plan which has a focus on improving public transport links across the city. In addition, the loan from EIB form’s part of the bank’s Climate Action and Environment Facility (CAEF) plan, part of which is to support public transport which it hopes will have a positive impact on the environment.

EIB Vice President, Emma Navarro, said: “For the first time, the EU bank is financing a project in the public sector in Colombia, supporting a large-scale piece of infrastructure that will have major economic and social benefits for many people.

“This project will foster climate action by helping to reduce pollutant emissions. We are therefore delighted to be taking part in a project that will transform Bogotá, meet all of the EU’s top priorities in the region and promote social inclusion and economic growth in Colombia.”