New Zealand is at the forefront of the construction boom 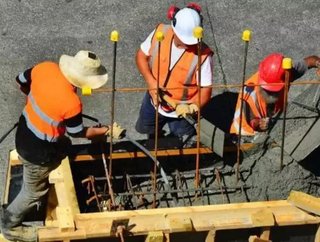 A recent government report has shown that around 50,000 construction workers will be needed by 2021 to support the soaring $200 million construction boo...

A recent government report has shown that around 50,000 construction workers will be needed by 2021 to support the soaring $200 million construction boom, with Auckland displaying increased development potential. The National Construction Pipeline report highlights this steep rise within commercial, residential and infrastructure projects.

Building and Housing Minister Nick Smith said: “The growth in residential activity in Auckland is particularly encouraging as it forecasts that next year more homes will be built in Auckland than ever before. Residential construction has been growing at more than 20 per cent a year in Auckland for the past five years and is projected to reach an all-time high of 13,332 homes in 2017, and to stay at those record levels until 2022. This equates to 34,500 homes in Auckland being built during this term of Parliament and another 39,831 in the next term."

"The scale of this growth is unprecedented and equates to Auckland growing by the equivalent of Whangarei every three years”.

Head of the Building and Construction Industry Training Organisation, Warwick Quinn told Radio New Zealand: "While we're at record levels of number of trainees - the highest number we've ever had, we're still well short of where we think we need to be."

Over 30,000 homes are also due to be built within Waikato and the Bay of Plenty regions in order to provide for the increased demand.