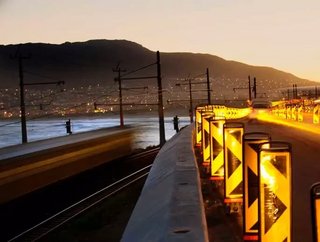 South African National Roads Agency (SANRAL) has finalised a proposal to transform the country’s construction industry in a motion that has been submi...

South African National Roads Agency (SANRAL) has finalised a proposal to transform the country’s construction industry in a motion that has been submitted to the government’s cabinet for approval.

Among the plans are firm targets regarding the participation of black suppliers, contractors and workers in projects commissioned by government-owned SANRAL, which is responsible for building and maintaining roads in South Africa.

Excluding land values, SANRAL controls R30bn ($2.16bn) of assets in what is a road and car-dominated transport setup in the country.

Skhumbuzo Macozoma, SANRAL Chief Executive Officer, commented: “The transformation policy underlines that SANRAL can help to build a capable and developmental state and drive economic development through the provision and maintenance of critical infrastructure.

“Through our procurement and supply chain processes we can break down monopolies, transform the construction industry and advance the broad participation of black-owned enterprises.”

SANRAL presented a draft proposal in September 2017 and has consulted the industry over the following months in all nine South African provinces.

Another key feature of the proposal is the aim to open larger projects up to less-established companies. This would be achieved by training and developing emerging contractors which would facilitate higher gradings from the Construction Industry Development Board.

The final proposal has been submitted to South Africa’s Minister of Transport, Dr Blade Nzimande.