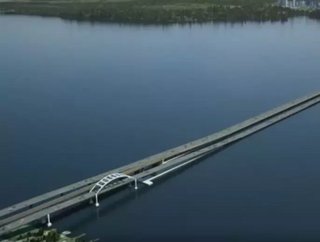 Engineers are set to undertake the build of the world’s first rail service, which will be constructed over a floating bridge in a project costing $3.7...

Engineers are set to undertake the build of the world’s first rail service, which will be constructed over a floating bridge in a project costing $3.7 billion. If successful, the new infrastructure will connect the Mercer, Bellevue and Redmond, spanning 14 miles and ease daily congestion within the region, utilising the I-90 bridge across Lake Washington.

Building on a floating bridge will be a complex challenge for construction workers and engineers attached to the project. WSP, Balfour Beatty, SC Solutions, Inc., and the Transportation Technology Center, Inc are all working in collaboration to tackle the associated risks and provide world-class safety by providing key solutions.

John Sleavin, the Deputy Executive Director of Technical Oversight for Sound Transit has said: “The bridge goes up and down, also when the wind blows the bridge will go slightly north or south, because it’s on anchor cables much like a boat will kind of move around. And, then as traffic loads, the bridge will also move a little left and right.”

Engineers have since undertaken a number of trials in Colorado, such as running trains over constructed tracks by Balfour Beatty outside Colorado, which mimicked the same conditions as the proposed floating bridge structure. Jesse Engineering were also involved in the construction of the required track bridges.

The trials were successful and met each technical requirement, and incorporated extreme weather conditions and various factors which would impact on the safety of 50000 citizens who would come to utilise the bridge upon completion.