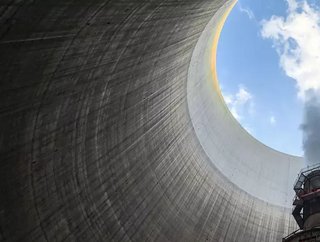 Steel Bricks, a Scottish modular steel construction system, has been included in a U.S Department of Energy programme to improve nuclear construction

Steel Bricks, a modular steel construction system developed in Scotland, has been selected for a multi-million-dollar funding programme run by the U.S Department of Energy with the aim of making advanced nuclear construction more affordable and faster.

The U.S. Department of Energy’s National Reactor Innovation Centre is leading the US$5.8mn programme, which consists of three construction technologies including Steel Bricks, to help reduce the cost of new nuclear builds. The organisation says it can cut costs by more than 10% and hopes the programme will help to significantly speed up the pace of nuclear construction development.

The three construction technologies being used in the programme are:

What is the Steel Bricks modular construction system and how will it contribute to the U.S Department of Energy’s programme?

Fabricated by Caunton Engineering, Steel Bricks is developed in the UK by the Renfrewshire-based company, Modular Walling Systems. Described as being like “high-tech LEGO pieces”, the system is one of three development projects which will be funded by the Department of Energy’s Advanced Construction Technology (ACT) initiative.

The Steel Bricks system has recently been selected as a major component for the BWRX-300 Small Modular Reactor developed by GE Hitachi, a company that will lead a team to explore technologies to ensure they meet the requirements of the nuclear industry.  The company’s modular reactor working with the Steel Bricks system aims to target a market worth US$1.2trn. Explaining how nuclear construction costs will be reduced, Dr. Kathryn Huff, Acting US Assistant Secretary for nuclear energy at the DoE, said: “Construction costs and schedule overruns have plagued new nuclear builds for decades. By leveraging advanced construction technologies, we can drive down costs and speed the pace of advanced nuclear deployment - much-needed steps to tackle global climate change and meet President Biden’s goal of net-zero carbon emissions by 2050”, she said.

The funding from the Department of Energy aims to allow for the development of the Steel Bricks system and its application for advanced small modular reactor design. Full-size reactor specimens will be fabricated in the UK, prior to testing conducted by Purdue University in Indiana later this year.