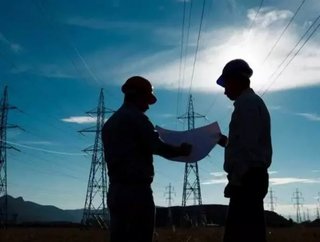 The UK remains top of the Nabarro Infrastructure Index, as the most attractive country for infrastructure investment. Research from the international la...

The UK remains top of the Nabarro Infrastructure Index, as the most attractive country for infrastructure investment. Research from the international law firm also puts Canada, the US, Australia and UAE in the top five.

The expanded index, last conducted in 2012, now ranks twenty five countries representing all five major world regions by their attractiveness for infrastructure investment. Ranking is based on several factors including the tax environment, the availability of credit and the country’s economic stability, national stability, ‘ease of doing business’, level of private participation, and sustainability and innovation.

Rt Hon Lord Adonis PC, Chair of the UK’s newly created National Infrastructure Commission, commented: “It is great to see the UK doing so well in this year’s Index. It is a credit to the positive conditions for infrastructure investment created by the previous and current governments. However, it is paramount that the UK also identifies and secures a good pipeline for investors. Without it, the Nabarro Infrastructure Index shows that the US and Canada offer equally attractive conditions for infrastructure investment which could threaten the UK’s number one position.”

Four of out of the five top ranked countries in the index have devolved decision-making powers -the UK has also benefitted from devolution in its infrastructure decision-making. While not a federal state like the other countries in the top five, the UK has devolved increasing amounts of control to national and local governments. The largest of Australia’s states and Canada’s provinces operate their own procurement bodies and the UAE’s emirates operate a top-down system that has allowed the individual emirates to build specialisms (e.g. Dubai’s financial services capabilities and Abu Dhabi’s utilities competences).

The most notable impact of devolution (or lack thereof) is seen in the risers and fallers. China’s struggles in making its local governments more accountable paired with its growing economic woes, has seen it slide down four places in this year’s index. The difficulties that face infrastructure investors when doing business in India, which has one of the lowest scores for ease of doing business, is worsened by a lack of responsive and accountable local governments, and saw it slip three places in the Infrastructure Index. France, which saw a steep decline in all metrics of measurement, also dropped three places.

The biggest improvements were seen by the UAE, Spain and Italy, which all rose seven places, and the Philippines, which gained five places. All four markets have seen strong improvement in their private participation score, but have also seen gains in other measures. The UAE saw increases in their credit and stability and sustainability and innovation scores, whilst Spain saw improvements in its tax environment.

The one to watch

A new entrant to the Index, Turkey, which sits at tenth place, is a promising opportunity for investors. It has lowered the country’s dependence on natural resources and as a result has seen some of its construction companies emerge as global players. However, some are still reluctant to take a gamble on the region due to its location and [changeable] political atmosphere.

Follow @ConstructionGL and read the latest issue of the magazine