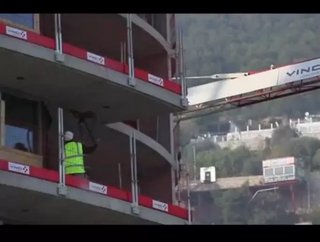 Vinci Construction Grands Projets, working in a 50-50 joint venture with Costain, is to build the Shieldhall tunnel in Glasgow for Scottish Water, the p...

Vinci Construction Grands Projets, working in a 50-50 joint venture with Costain, is to build the Shieldhall tunnel in Glasgow for Scottish Water, the publicly-owned water company in Scotland.

The structure, the largest wastewater storage tunnel in Scotland, is designed to improve water quality and help cope ​with the risk of flooding in the city and pollution of the River Clyde.

The contract, with a value of €105 million, covers the construction of two shafts with a diameter of 15 metres each and a depth of 20 metres, a 300 metre-long cut-and-cover trench and a five kilometre tunnel with an internal diameter of 4.70 metres. The technique used will be that of a mud pressure type tunnel boring machine, one of the company's areas of expertise.

Work will begin in October 2014 and completion is anticipated in early 2018.

Vinci Construction Grands Projets has a large number of project references in underground works including the Hallandsås railway tunnels in Sweden; the El Teniente mine tunnels in Chile; and work on the Hong Kong metro and the Cairo metro, a new section of which has recently been handed over several months ahead of schedule.

In the United Kingdom, Vinci Construction Grands Projets is currently building, in London, the Lee Tunnel for Thames Water and carrying out two Crossrail contracts (C510 and C512) at Liverpool Street and Whitechapel.