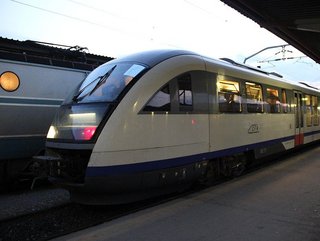 WeBuild, the Italian construction and civil engineering group, has announced that it has reached a new milestone in Romania, with the signing of a €490-million contract to develop a section of a key railway project in the country.

In a statement, WeBuild said that Lot 4 – the section between Aleşd and the Hungarian border – of a railway connecting Cluj-Napoca and Episcopia Bihor in Romania, was awarded to a consortium led by it (with a 50% stake). It added that the consortium received the contract in October this year.

The work the consortium will perform on the section is expected to create approximately 1,000 direct and indirect jobs, involving the local supply chain.

Furthermore, it added that the contract consists of the design and execution of the modernisation and electrification of approximately 50 kilometres of an existing railway, including five stations at Tilegad, Osorhei, East Oradea, Oradea, and Episcopia Bihor in the country’s northwest, towards the border with Hungary.

Commissioned by CFR, Romania’s national railway company, the project is financed by European Union funds via Romania’s National Recovery and Resilience Plan. The Plan is designed to develop strategic infrastructure.

Lot 4 belongs to a wider programme to modernise and electrify more than 166 kilometres of the Cluj-Napoca-Oradea-Episcopia Bihor railway. It will also improve the country’s connections with Europe’s rail network, the statement elaborated.

The planned interventions will guarantee the technical conditions for passenger trains to travel at 160 kilometres per hour and at 120 kilometres per hour for freight trains. It will increase the comfort and safety of the rail service and make it more competitive than road travel. Not only will it reduce travel times between the cities, but it will also limit CO2 emissions, it continued.

The contract sees Webuild increase its presence in the sector of sustainable mobility, confirming its role as a global player. The Group’s projects support countries with climate transition, proposing innovative solutions to improve the sustainability of projects.

The company is working on projects that are set to benefit 89 million people throughout the world by improving access to water, energy, and transport. They will also contribute to reducing emissions of CO2 by up to 24 million tonnes a year.

In Romania, Webuild is involved in the construction of approximately 200 kilometres of metro and rail lines, and more than 90 kilometres of roads and highways. A major project for the company that is nearing completion is the Braila Bridge, the second longest suspension bridge in continental Europe at 1,975 metres, whose main deck reaches 1,120 metres.