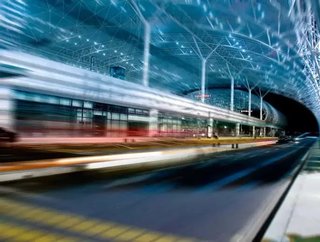 Xiong'an Station is an elevated railway station with 26 rail beams on both ends of the station throats and a total of 155 simply supported beams. The pile spacing is 1 to 1.2 meters with the depth of 30 to 35 meters. The complexity of the construction as well as shorter construction time has added extra difficulty. Because the construction area around Xiong'an Station has a soft soil layer, small-sized rotary drilling rigs like XCMG's XR150 and XR180 were chosen to complete the tasks.

With a drilling speed of 30 minutes and some of the best performance and capability in the world, XCMG's independently developed and manufactured rigs have won praise for their efficiency, accuracy and environmentally-friendly features. They are now serving in more than 20 countries and regions around the world. The company's technologically advanced machines can be installed with various kinds of drilling tools to accommodate both dry and wet concrete pile drilling conditions.

In 2017, XCMG's rotary drilling rigs assisted in the record-breaking construction of the Yangsigang Yangtze River Bridge in Wuhan, China, the world's longest double-deck suspension bridge, which can handle the largest traffic capacity, and boasts a span of 1,700 meters (1.056 miles).

Wang Min, the Chairman of XCMG said: "Positioned with global vision and international standards, the construction development of Xiong'an New Area is a project of national significance; it will serve as the new engine of China's modernized economic system and XCMG is honored to join this endeavor and contribute to the construction of the Xiong'an Station with our high quality and efficient construction equipment.”