8 reasons why the global construction industry needs to innovate 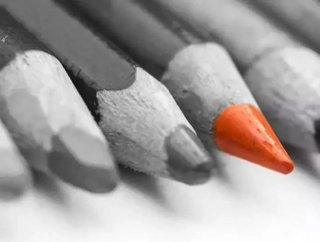 Business leaders are constantly told that innovation is &lsquo;essential to business growth, competitiveness and productivity in a world of increasing c...

Business leaders are constantly told that innovation is ‘essential’ to business growth, competitiveness and productivity in a world of increasing competition and depleting natural resources.

A recent McKell Institute Report declared that firms must “innovate or perish” and that executives are faced with a fundamental choice. They can either take “the ‘low-road’ of narrow cost-cutting and an unwinnable ‘race to the bottom’ or they can take the ‘high road’ of innovation to position themselves at the top of the value chain in an increasingly knowledge-based economy.

These claims are backed up by evidence, which shows that innovative businesses are twice as likely to report increased productivity compared with businesses that don’t innovate. And this reaffirms other research by influential organisations such as the Grattan Institute, which has identified a lack of innovation as a key area of reform needed to raise national productivity performance.

In order to succeed the construction sector needs to have a much stronger sense of vision, leadership, vitality and appetite for innovation and continuous improvement. The construction industry needs to improve its innovation record, or risk being left behind.

Innovation is one of the latest management buzzwords that it used by many but understood by few. In simple terms, innovation is the process of bringing new creative ideas to reality, in an attempt to take advantage of what might lie over the horizon or to create an entirely new future, which no one else had imagined.

The iPad is perhaps the most vivid example of disruptive innovation in recent times and the rewards to those who can create them are enormous. Apple’s share price has risen 23,639 per cent from its first trading day and made history recently by being the first company in history to reach a market capitalisation of US$710 billion, more than double that of its rival Microsoft.

However, history shows us that we are constantly caught-out by the future. Predictions of the paperless office, personal jetpacks and holidays to the moon are just a few examples of many wide-eyed predictions which have been proven to be completely wrong, even by the greatest thinkers of our time.

Although our attempts to predict the future often fail, it doesn’t make crystal ball gazing worthless. History also tells us that businesses which attempt to anticipate, understand and organise for the future will tend to succeed, no matter how far from the truth their predictions were. Thinking about the future allows firms to capitalise on future potential opportunities, even if they may be different to those anticipated.

Below are a few selected insights into many over-the-horizon trends that may affect companies that operate in the construction industry in the future.

Many of the challenges are clear. It's up to us to innovate to meet these challenges head-on.