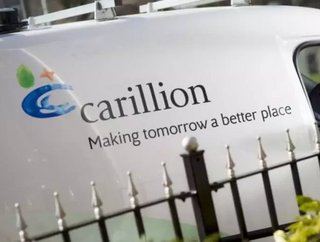 What is going on at Carillion? In the last few days, Carillion has been experiencing some of the darkest days the company has ever faced. July has so...

What is going on at Carillion?

In the last few days, Carillion has been experiencing some of the darkest days the company has ever faced.

July has so far, been a terrible month for Carillion. The company announced that it has written off £845m of construction projects, huge numbers right there.

So, what is going on?

Losses at the top (and the bottom line)

The company announced earlier this week that the CEO, Richard Howson, who had run the company for the last five years, had officially stepped down. While Howson will continue to support the transition to a new CEO, Howson is no longer the CEO.

The news of the step down comes as a direct response to a difficult period for the company, which has seen significantly lower profits in H1 2017.

Philip Green, Non-Executive Chairman said in a statement that “despite making progress against the strategic priorities we set out in our 2016 results announcement in March, average net borrowing has increased above the level we expected, which means that we will no longer be able to meet our target of reducing leverage for the full year.

“We have therefore concluded that we must take immediate action to accelerate the reduction in average net borrowing and are announcing a comprehensive programme of measures to address that, aimed at generating significant cashflow in the short-term.

“In addition, we are also announcing that we are undertaking a thorough review of the business and the capital structure, and the options available to optimise value for the benefit of shareholders. We will update the market on the progress of the review at our interim results in September.

As noted, the company will now undergo a “thorough review” of the business and capital structure. This will entail:

The company will need to raise at the very least £500m through disposals, a share issue or a debt-for-equity swap in order to survive the fall out.

Carillion’s stock price suffered immensely throughout a 24-hour period, ending off 33.5 per cent at 77.9p for a two day drop of 59.5 per cent.

Where next for Carillion?

Carillion, in an official announcement,  declared that “no option is off the table”. What does this mean? Fundraising? Will there be a significant reduction of operations in the bid to reduce the hefty debts that continue to rise and the windfall of the £845m worth of contract write-downs?

At the time of writing, we don’t know, but what is telling is that Carillion’s stock has slumped by more than 20 percent for the third day in a row since the announcement.

Shares dropped 10 per cent in early trading, and losses have continued to accelerate through the day – again at the time of writing it stands at 58.5p, a 25 per cent drop.

Overall, Carillion’s stock has fallen more than 70 percent since Monday, with its market cap standing at just over £250m.

Analysts have given no reason to be optimistic.

The future for Carillion is still very much in the air.