What are the next HS2 Chairman's priorities? 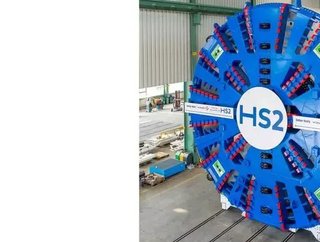 News that Allan Cook will resign in July means his successor will have a bulging in tray...

HS2 Chairman Allan Cook is to resign in July, leaving his successor a range of operational, design and construction issues. Here is a summary of the key challenges that will be stacked in the next Chairman's in tray.

Sticking to budget and schedules
A damning report by the National Audit Office in January concluded: “Significant challenges to completing the programme and delivering value for taxpayers and passengers remain.” The cost will be far higher than the £56bn (in 2015 prices) that the Treasury assigned to the project, and completion could be up to seven years late.

Dealing with ongoing protests
You would assume the current protests around London's Euston Station will have gone by the summer - but HS2 Rebellion, an alliance of groups and individuals campaigning against HS2, isn't going away, so there needs to be a strategy on how best to deal with current and future disturbances, from site safety issues to handling bad PR.

Political certainties and uncertainties
On 11 February, the Prime Minister decided to proceed with all phases of High Speed Two (HS2), and it's clear the government is committed to backing the project. But it's a fact of life that governments, ministers and policies change - and it's going to be a long time before the first passenger steps aboard. The next Chairman must bridge short and long term.

Making the case
The unexpected dynamics of 2020 are causing all of us to take stock. The high-speed rail line was planned to accommodate increased passenger numbers over the coming decades, but what happens if the home-working revolution permanently reduces UK travel demand?

After all the debates and wrangling, the project's viability may depend on whether the 'new normal' is here to stay or a passing phase. Or as befits the 'hybrid' working model, phases and costs may be modified.

Barring more lockdowns, travel will pick up again. HS2 should look to Asia and stress the wider benefits - convenience, punctuality, accessibility and prices - and not just the speed of the trains (not all will run at 400kmh).

Let's not forget the employment benefits too, particularly in the current climate, with 20,000 jobs tied to phase 1 alone (High Speed 2 hs2.org.uk). 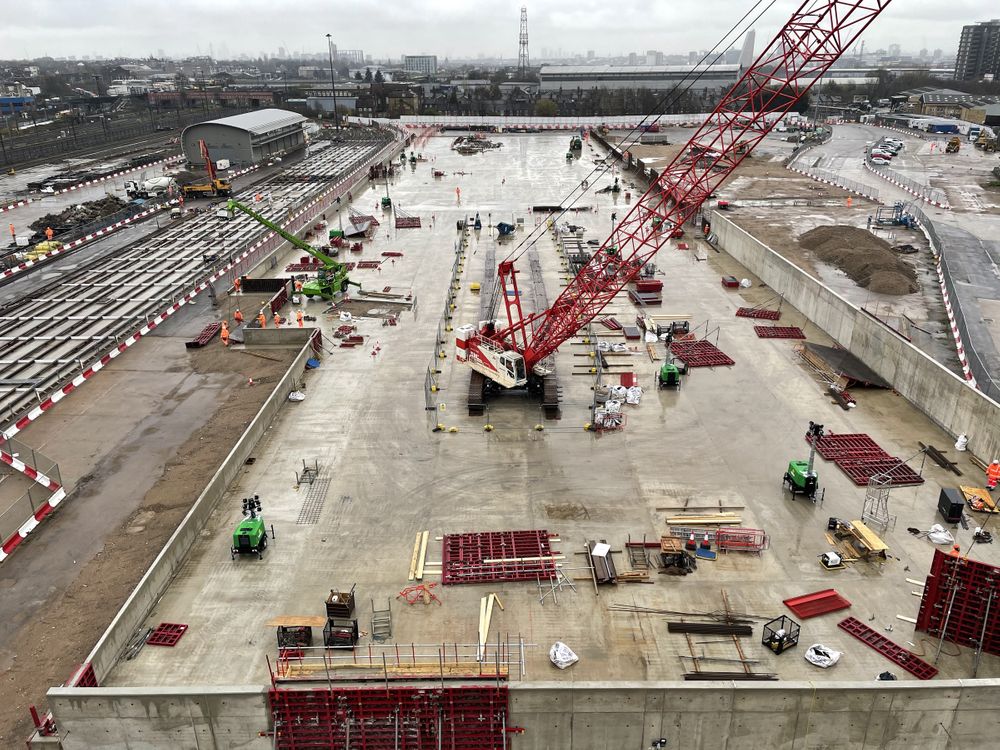 Engineering and environmental challenges
Down to the nitty gritty. Whether it's HS2’s full compliance with the Technical Specifications for Interoperability, choosing the track type that can support a high level of performance optimally (while offering both low maintenance and aerodynamic performance) or building low-noise design tunnels, the engineering challenges are numerous (summarised here). All will need to be tackled head on to keep the budget on track.

HS2 has completed sheet piling work by contractors Skanska Costain STRABAG Railways Joint Venture (SCS Railways) in Acton, West London, to enable the construction of the Victoria Road Crossover Box. The installation of 200m of sheet piling was the final piece of enabling work before permanent works can begin, and the Willesden Euroterminal is pictured above.

HS2’s first two giant Tunnel Boring Machines (TBMs) arrived in December and will shortly get to work (main photo). The two enormous 2,000 tonne machines – named Florence and Cecilia – will now be meticulously reassembled, tested and commissioned, by an expert team of tunnelling engineers, before working on the high speed rail project’s first tunnels.

Flexibility and agility will continue to be crucial. Excavations undertaken by Wessex Archaeology for LM (a joint venture of Laing O’Rourke & J. Murphy) on the HS2 site at Coleshill in Warwickshire revealed one of the best preserved late 16th century gardens ever discovered in this country. Following public consultation, new designs for two viaducts near the village of Water Orton in Warwickshire have been unveiled, including new landscaped areas that will provide green public spaces and wildlife habitats.

Compensation obligations
Around £3.6 billion has been spent, and around 1,250 properties have been acquired to date across the three phases of HS2, in what is arguably the largest property acquisition programme in the UK since World War 2.

But the government concedes it needs "more flexible compensation policies" and to make faster payments.