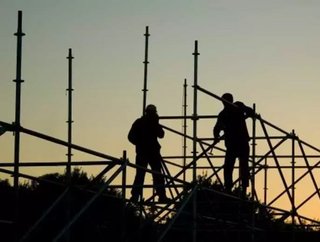 With a notoriously busy jobs market, it may appear at first glance that August is the worst time of year to try to hire engineering and construction pro...

With a notoriously busy jobs market, it may appear at first glance that August is the worst time of year to try to hire engineering and construction professionals.

But research from specialist construction and civil engineering recruiter Randstad suggests the opposite.

An analysis of the ratio of job seekers to vacancies shows that, on average, there are 4.0 candidates for every new job in June – compared to an average of 1.5 candidates over the course of the year.

Randstad also found that June was the best month for employers to try to fill professional level vacancies in construction and engineering. However, the situation is reversed for trades roles as this is their busiest time to be employed on site and employers advertising in the Summer are likely to struggle.

February is the best month for civil engineering and construction professionals to try to land their dream job: the research showed that, on average, there are only 0.2 new job seekers going after every new vacancy in February.

Owen Goodhead, Managing Director of Randstad Construction, Property & Engineering said: “If you want the best odds on scooping up professional level staff, June is the month to hire.  These figures show far more new candidates are willing to change job in the summer – meaning the effort to recruit and the competition for the best talent is less intense. With the ratio of professional candidates to potential vacancies so advantageous to the hiring organisation, the summer is an ideal time to recruit.”

Randstad analysed the times of the year that over 24,000 construction professionals and civil engineers started looking for new roles, and when almost 16,000 suitable job vacancies became available.  Although more new jobs were advertised in spring than in summer – and more new candidates registered for them – from an employer’s point of view, the best season to recruit is summer.

Goodhead continued: “You might not be able to count on the sun during a typical British summer but if you are in the civil engineering and construction industries, you can count on having to fight that little bit less hard for every candidate you want to hire.

“With construction projects like houses taking six to nine months to complete there’s a rush to start them in the spring and there are a lot candidates on the market at that time.  But employers hiring to fulfil longer-term projects will find the competition far less steep in the summer. The only exception to this rule is within trades – where your average bricklayer will be sweating in the sunshine on site rather than sitting at home or abroad applying for jobs.”

The research also highlighted the huge demand for civil engineering and construction professionals.  Over the past three years, there have been just 1.5 new candidates for every fresh role advertised in these highly-skilled sectors – compared to an average of 2.7 new candidates for other careers across the UK.

Goodhead said: “The UK lost a lot of skilled engineering and construction talent over the course of the downturn as overseas markets offered more work and better pay.  Fortunately, the domestic situation has improved dramatically over the last year as large-scale infrastructure projects have boosted demand.  This demand has allowed the sector to increase the number of people in the workforce but there are still significant skills gaps in the workforce.

“Put simply, the number of workers isn’t an issue for the industry, but attracting and retaining highly skilled and trade/labour people is a challenge that still needs to be tackled.  But timing your hiring can make all the difference.  Last July, for instance we had six new engineering and construction roles for every new professional candidate.  If you want the tap up the top talent, the summer’s the time to do it.”

The research analysed a diverse range of sectors – from accountancy, social work, and IT to nursing, banking and property – to find when most people wanted to move jobs and when new vacancies became available.

It highlighted significant differences between sectors.  While employers looking to fill nursing, IT and digital job vacancies are – like employers in the engineering sector – best off trying to hire new staff in the summer, by far the best time for investment banks to hire staff is in winter (December, January, and February) when the jobs market floods with people looking to move job following the bonus season.