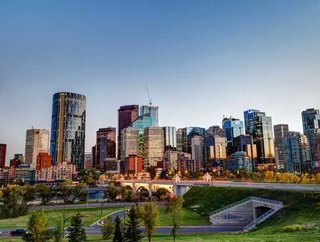 Canadian construction giant Aecon has announced that the deadline for its potential sale to CCCC International Holding (CCCI) has been extended to 13 Ju...

Canadian construction giant Aecon has announced that the deadline for its potential sale to CCCC International Holding (CCCI) has been extended to 13 July as a national security review continues to surround the $1.5bn deal.

“Aecon shareholders have voted overwhelmingly in favour of it, the Ontario Superior Court of Justice has approved the Plan of Arrangement, and CCCI has received approval from the National Development and Reform Commission,” Aecon said.

“Completion of the proposed transaction remains subject only to approval under the Investment Canada Act and other customary closing conditions for a transaction of this nature.”

If approved, the deal will require CCCI to pay $20.37 per share, a 42% premium compared to Aecon’s unaffected share price from 24 August 2017 before it became known that CCCI was interested in acquiring the company.

Despite the extended deadline, Aecon remains confident that, should the deal be approved, the transaction will complete before the end of Q2 2018.

“Both Aecon and CCCI remain committed to working with the Investment Review Division to obtain approval of the transaction,” Aecon concluded.

Should the deal be approved, CCCI previously attempted to assure Aecon investors and regulators by stating that the company would remain committed to Canada, ensuring that there would be a continuation of the firm’s Canadian management and employment, whilst the company headquarters will also remain in Canada.