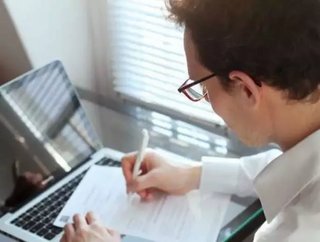 The global construction industry faces a &ldquo;strong risk&rdquo; of modern slavery, according to a new report by LexisNexis BIS. The report, called H...

The global construction industry faces a “strong risk” of modern slavery, according to a new report by LexisNexis BIS.

The report, called Hidden in Plain Site – Modern Slavery in the Construction Industry, analysed articles from more than 6,000 licensed news sources in more than 100 countries in Europe, the Middle East, North and South America, Africa and Asia between January 2015 and May 2016.

It shows that throughout the global construction industry and its material supply chains, forced labour and other exploitation that constitutes modern slavery are common, concealed and subject to inadequate prevention, policing and prosecution.

It concludes that governments, businesses and the media all have a role to play in combating modern slavery.

The report follows a pledge by new UK Prime Minister Theresa May in July to spend £33 million on global initiatives to tackle modern slavery. She described it as “the great human rights issue of our time”.

‘Forced labour needs to move up the global agenda. A wide range of stakeholders – international bodies, governments and the public sector, industry organisations, construction companies, investors, the media and civil society – have roles to play in preventing and avoiding collusion in worker exploitation in the construction industry. LexisNexis BIS is committed to actively working to advance the rule of law, through its day-to-day business, products and services, and its actions’.

Kevin Hyland OBE, UK Independent Anti-Slavery Commissioner, said: ‘I am pleased to see numerous sectors waking up to the crime of Modern Slavery, and the Lexis Nexis BIS report excellently educates those in the construction industry on this evil crime.

‘Businesses, government and civil society have a crucial role in combatting modern slavery, and this report highlights just that. Through responsible media reporting, businesses especially are encouraged to be open about supply chains, and ultimately protect those most at risk of exploitation.

‘Those in construction are especially vulnerable to this crime; with high demand for low wage labour, we must therefore strive to see a thriving construction industry that values ethical recruitment and fair employment if we ever hope to end this evil trade in human beings.'

The report is based on desk research, expert insights and analysis of wide-ranging media coverage. It defines the scope and many aspects of the problem, and breaks it down according to region (Europe, Middle East, North and South America, Africa, Asia) and the procurement of specific building materials. Relevant international regulation and standards frameworks, along with individual countries’ legislative measures (or lack of them), are examined.

Case studies in the report include allegations of forced labour being used to build World Cup 2022 stadiums in Qatar, a marine construction project in the USA, and Brazilian workers at an industrial plant in Angola.

In particular, the report relates to compliance with the recently introduced UK Modern Slavery Act 2015. The UK Home Office estimated in 2014 that there were 10,000–13,000 potential victims of modern slavery in the UK.

More than 20 million people are in forced labour globally, the International Labour Organization estimated in 2012. The Walk Free Foundation’s 2016 Global Slavery Index estimates that there are 45.8 million people in modern slavery across the world. In a 2015 report by the European Union, construction ranked second on the list of economic sectors in the EU most prone to labour exploitation. Of the 21 countries that participated in the research, nine put construction at the top of their list.