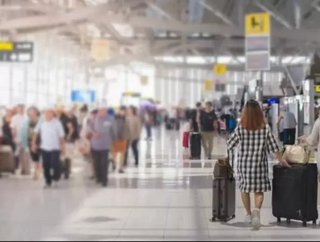 The winners of theSkytrax 2016 World Airport Awards have been announced. We take a look at some of the best airports according to customers who have cla...

The winners of the Skytrax 2016 World Airport Awards have been announced. We take a look at some of the best airports according to customers who have claimed these to be the best in the world for customer satisfaction and experience and view them as forward thinkers within the industry.

Opened in 1981, Singapore Changi Airport has become the biggest innovator within the airport industry. Winning first place for the third year running alongside gaining 480 awards, the airport incorporates a large shopping mall, rooftop swimming pool and Singapore’s largest indoor gardens. The airport provides an ideal space to relax and unwind before boarding, with many other attractions to enjoy.

With 55.4 million passengers passing through the airport in 2015 and over 6,800 flights every week, it is one of the world’s busiest airports that continues to develop and impress local citizens and tourists. It now developing its third runway to cater for increased demand.

Also one of the busiest airports in the world, Incheon International Aiport has also raised the bar by putting an increased focus on customer services.

Renowned for being one of the cleanest airports in the world, the airport has a museum, spa, ice skating rink, golf course, shopping mall amongst many other attractions to participate in whilst waiting to board, with a wide range of dining experiences.

The airport is also renowned to be one of the most efficient airports in the world, with first-class transport links to and from the airport.

Situated within Bavaria, Munich Airport is the second busiest airport within Germany and is expanding Terminal 2 whilst developing transport links in order to cater for increased supply and demand.

With over 25 million passengers per year, a third runway is now set to be built.

Tokyo International Airport (Haneda)  has become one of the busiest airports in Asia, handling over 80 million passengers per year, with three terminals to cater for increased demand, alongside developing strong links to Hamatsucho station.

Alongside its growing infrastructure, Hong Kong International Airport are putting an increased emphasis on sustainability by increasing air quality and energy saving within their current processes through improved designs.

Undergoing over 120 environmental initiatives, developing a carbon reduction strategy, alongside reducing the amount of noise emitted, the airport is also increasing their emphasis on recycling, becoming the forefront of increasingly green enterprises.

Easily accessible by bus, ferry, car or rail, Chubu Centrair International Airport in Japan is ideal for both corporate travellers and tourists as a result of its strong transport links, with 10,424,663 visitors in 2015.

Visitors can see planes up close as they take to the skies through a sky deck based within the airport, or relax in a bathhouse built within the airport for travellers who wish to unwind prior to boarding their flight. There are aso a range of shops and eateries, in addition to Wifi hotspots throughout the airport.

Catering for corporate travellers, tourists and young families, Zurich Airport is the largest airport within Switzerland with over 26,281,228 passengers in 2015, incorporating a multitude of services, from health and beauty, dining, shopping and relaxing.

From 2017, the airport will be providing birthday parties for young children interested in aviation, seeing a plane take off from observation decks within the airport and a tour around the airport. The children will be looked after by professional childcare staff within the building.

There are also guided tours for adults, alongside flights which offer tourists a bird’s eye view of the country.

Heathrow Airport in London has become the busiest airport in Europe, with 74,985,748 passengers in 2015, with proposed plans to install a third runway in order to support growth within London and nearby suburbs, strengthening the UK’s economy.

The airport is currently focused on becoming increasingly sustainable, aiming to recycle 70 percent of waste by 2020 and reduce the level of noise emittance through their Responsible Heathrow 2020 Ambition.

Designed by Italian Architect Renzo Piano, the building currently has two terminals, with plans for a third to be constructed.

With complete wireless access throughout the airport, Doha Hamad Airport in Qatar is at the forefront of technical innovation, providing internet kiosks and desks for citizens travelling through the airport.

With two runways and a third terminal reportedly scheduled to be built pior to the 2022 World Cup, the airport is set to go from strength to strength.