By Catherine Sturman
May 17, 2017
undefined mins 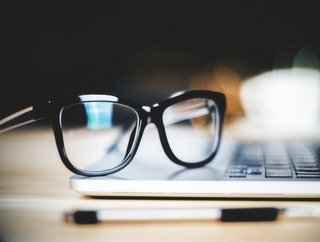 Turner & Townsend have officially released the findings of their annual

Turner & Townsend have officially released the findings of their annual International Construction Market Survey (ICMS), highlighting construction costs in 43 global markets that are placing significant impact within the construction industry. We take a look at some key findings of the report.

Zurich has now been knocked off the top spot and no longer has the highest construction costs at approximately $3,807 per m2. The report has concluded that the most expensive locations to now build are New York, London, Hong Kong, San Francisco and Zurich. New York City has exceeded its influence as not only a leader of technical innovation, but has the highest construction costs, with costs increasing by 3.5 percent, spending $43 billion in 2016 within New York alone. In a somewhat traditional industry with limited building space, architects are now increasingly building upwards, transforming the methods and technologies used within these builds.

However, with over 50 percent of markets reporting of a global skills shortage, concerns have been raised around ongoing inflated costs of ongoing construction, and the number of projects which are steadily increasing. With political influences, such as the UK’s shock Brexit vote, alongside President Trump’s inauguration, political influences are also making their mark on the industry and increasing concerns of further labour shortages and stricter border controls which will limit economic growth in some areas. Average building costs in London are at $3,214 per m2 but are set to steadily rise, but areas in the North and South of the UK are also set to warm up and see increased cost inflation.

Additionally, President Trump’s pledge to ‘Put America First,’ through a series of trade agreements has led to tech and manufacturing companies looking to locate further facilities in the country, rather than outsource to areas where labour costs are lower. On this note, countries such as Africa and India have been noted to have the lowest construction wages and manual labour, whilst New York and Zurich construction workers have fewer workers on higher salaries, ranging up to $100 per hour, and implement a number of technologies to provide high quality results and increased safety on site.

The development of new technologies within architecture and design, such as the Microsoft HoloLens, automation and robotics, drones and modular building, have enabled the reduction in time and cost efficiencies, besides improving the levels of quality and safety on site through active data management. Steve McGuckin, Managing Director for Turner & Townsend commented in the report: “The UK construction industry needs to boost productivity levels. There is an urgent need for contractors and clients to embrace innovative technologies and new methods of construction, as well as using data analytics and better programme management to increase output.”

With a global acknowledgement surrounding sustainable construction, linked with this is the need for strengthened infrastructures to support ongoing projects. Both the USA and China are placing significant investments within national infrastructures, such as Hong Kong’s three runway system and Disney Land Theme Park, which will further provide increased tourist figures and boost economic growth.

The report concludes that Manhattan is at the forefront of the US construction boom, with new office complexes, such as the 1 Vanderbilt, which will become the second tallest skyscraper in New York upon completion. Additionally, Africa, India and Australia are investing significantly on new and existing road and rail infrastructures as a consequence of a booming population and tourist figures.

With regards to residential and commercial construction, London, Germany and the Netherlands are continually undergoing a number of projects to cater to ongoing supply and demand. Robust labour market and low interest rates in Germany have furthered economic growth and significant investment in infrastructure projects, with Stuttgart 21 and the terminal at Frankfurt Airport being key examples. The Netherlands, similarly, has placed significant attention to the residential sector, with the economy growing at approximately 1.5 percent. London, however, remains a key hotspot for residential and infrastructural builds.

With the implementation of Expo2020, the United Arab Emirates is sourcing ways in which to further drive their economy. Traditionally utilising oil as the main source for economic growth, Expo2020 is a sure way to attract further construction work and drive economic growth and tourist numbers. A number of new attractions, hotels and facilities are currently under construction, such as the Al Habtoor City, with the aim to be one of the most sustainable and advanced cities in the world. However, with the fall in oil prices, construction companies in the region have had to reduce their prices to win bids, creating further concerns.

“In the Middle East there is a need to drive greater efficiencies across construction projects against the backdrop of low commodity prices.  Contractors and clients in the region need to embrace innovative technologies and maximise automated construction, as well as use data analytics and better programme management to unlock savings.”