How Big Data is Transforming Construction 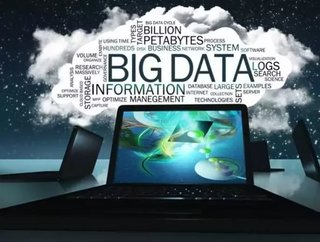 According to the Massachusetts Institute of Technology, the accumulation of data began an extraordinary upward trajectory in 2006 that has only continued to skyrocket since: 2.8 zettabytes (that's a byte of data multiplied by the seventh power of 1,000) of data were created in 2012, and that number is projected to double by 2015.

The quest to hold, catalogue and interpret these almost incomprehensible amounts of data in real time is the motive behind the loosely defined concept of "big data." The companies that figure it out are often the ones that succeed.

As the following article shows, the earliest companies that learned "How to unlock big data's big potential” all had one thing in common: tech.

The future kings of the digital universe - companies like Yahoo, Google, Facebook, LinkedIn and Amazon - realised early on that warehousing and sorting massive amounts of data was the key to future dominance, and their respective investments in the big-data revolution obviously paid off.

Although it started as a tech revolution in the digital world, the benefits of big data are being realised by more traditional industries: not least of which is construction.

Firms in the construction and architectural industries - specifically in the arenas of project planning, 3D mapping and pre-construction analytics - are extending fewer deadlines, wasting fewer materials and going over fewer budgets thanks to the power of big data.

By using big data strategies, every conceivable aspect of a building's construction and lifespan can be worked into remarkably accurate models that can be analysed before work begins, reducing on-site mishaps that lead to expensive and time consuming do-overs.

Not only are construction firms benefitting, but an entire new crop of 3D digital map-making companies have sprung up in support and service of the construction industry now that big data has revolutionised the pre-construction phase of building.

Formerly a digital phenomenon, more traditional industries like manufacturing and construction are now seeing the benefit.

The collection and analysation of massive data chunks launched Facebook and Google - but could it lead to a new building boom?

About the Author: Andrew Lisa is a freelance business writer. He covers tech startups and the big data revolution.