New defense technology could save lives during mass shootings 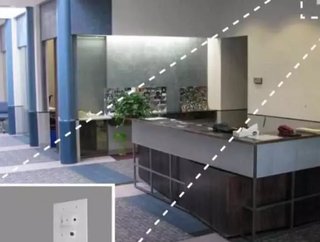 The Guardian system from Shooter Defense Systems can pinpoint the location of a gunman firing shots inside a building. This technology has been picked u...

The Guardian system from Shooter Defense Systems can pinpoint the location of a gunman firing shots inside a building. This technology has been picked up by construction company Gilbane to be installed in its Boston offices. As well as using the technology itself, the company is encouraging its customers to do so too.

Ryan Hutchins, Gilbane’s Senior Vice President, said: “I hope I never have to see it work live. But I do know the technology works.”

The construction company has worked on projects such as the John Hancock Tower in Boston, the Quincy High School building, and the sports centre at Worcester Polytechnic Institute.

The Guardian system has been installed in more than 50 locations including a public school in Methuen but the deal with Gilbane could see this rolled out on a much wider scale.

The system uses small wall-mounted sensors to recognise the sound and muzzle flash of gunfire. The data is fed to a computer that identifies the shooter’s location and relays this information to the police. Occupants are also notified via their smart phones that a shooter is in the building. Those nearby will be told to take cover and barricade doors while those further away will be directed to the nearest exits.

In addition to the sensors, the system can be equipped with automatic door locking that upon detection of gunfire will lock the shooter out of every other part of the building.

Jeff Slotnick, senior regional vice president of ASIS International, a Virginia-based organization of security professionals, said that indoor shot detection can save lives, and that it makes sense for certain soft targets, such as schools or shopping malls, where an active shooter could do terrible damage.

But it may not be a sound investment for the typical office or commercial building, he said:  “An enterprise should be prudent. You cannot plan your business around all the possible threats that might occur.”