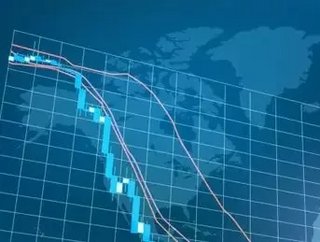 The impact of fossil fuels on the environment is pushing architects and engineers to make buildings greener — and, when possible, fossil fuel-free...

Hundreds of design decisions can impact a building's energy efficiency, making fossil-fuel-free structures more or less workable. Multilayered window designs can trap heat, making climate control systems more efficient. Advanced appliances can cut down on energy consumption. However, relying entirely on renewable energy can create some serious challenges for a new building. Power may not be reliable, and architects may have to find new approaches to conventional, fossil fuel-powered systems, like those that heat most buildings.

With advanced data, designers can create more effective models and build intelligent systems that use less energy. Architects and engineers are beginning to use insights from IoT devices and big data analysis to inform how they design new buildings.

One of the most significant changes in building design over the past few years has been the increasing collection and use of data. Advanced building information modeling tech makes it possible for architects and designers to use info from other buildings to give them a better idea of how a new structure will fare over its lifetime.

At the same time, a variety of new data collecting-tech — like wireless internet of things (IoT) sensors — has made it possible for buildings themselves to collect operational data. For example, smart HVAC systems could collect information on building occupancy and temperature, intelligently adjusting heating or cooling based on real-time data.

These sensors could also keep track of equipment function and look for early warning signs of failure in renewable energy systems like solar panel arrays and battery banks. Energy storage is extremely important for buildings that don't rely on fossil fuels. Power from renewables like wind and solar is much less consistent than that from a natural gas- or coal-fired power plant.

As a result, maintaining battery function will be extremely important for buildings that cut out oil and gas entirely. An early warning system could help building managers avoid brownouts, blackouts or other power-related issues that may arise due to battery failure.

Other tech, combined with data-collecting tools, could be used to replace systems that are conventionally powered by fossil fuels. Heat pumps, for example, use geothermal energy as a highly efficient power source for buildings. Smart heat pump systems could effectively replace gas heating and may even save building managers money in the long run.

Some early, experimental fossil-fuel-free buildings rely heavily on this kind of tech. For example, Boston University is constructing a new Center for Computing and Data Science that will be powered entirely by renewable energy sources. A series of extremely deep geothermal wells will heat and cool the 19-story building.

In Seattle, building designers are also finding new ways to cut back on fossil fuels. After the city passed its own Green New Deal in January 2020, architects and construction companies began looking for ways to move away from using fossil fuels in municipal buildings. Many new city structures will instead use electric power — like the new Climate Pledge Arena, which will be powered by solar panels and off-site renewable energy.

Changing consumer preferences and new legislation are pushing building designers to create new structures that don't use fossil fuels at all. Significant challenges are faced — like renewable energy's storage problem. Data-driven approaches to design, coupled with smart building systems, may make them practical.

Emily Folk covers topics in sustainability and green manufacturing. She is also the creator of Conservation Folks.