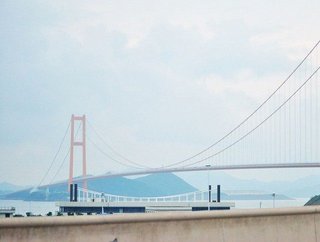 The Baling River Bridge was opened in 2009 and is China’s tenth longest bridge at 2,237 metres. It is also one of world’s highest bridges as it is suspended across the Baling River Valley between Kunming and Guiyang.

Located between Nantong and Changshu, the Sutong Bridge is a cable-stayed bridge which opened to the public in May, 2008. The addition of this bridge allowed travelers to exchange a four hour ferry ride for a single hour drive and opened up the area to investors, growing the region's economy.

At 7,016 metres in length, The Huangpu Bridge is not only one of China’s top ten longest bridges but, as of 2012, it is one of the world’s top twenty longest bridges. It is a combined suspension and cable stayed bridge.

The Aizhai suspension bridge is located near to Jishou Hunan in the north west of China. It is the sixth highest bridge in the world and no other bridge in China has a main span as long as Aizhai. In addition, it served as the site of 2012’s international BASE jumping festival.

The Wuhan Bridge ties with San Francisco’s famous Golden Gate Bridge for eleventh place for world’s longest suspension bridge. It is the fourth bridge to be built over the Yangtze River and the third in recent years as part of a scheme to alleviate traffic on the First Bridge and to encourage commerce.

This Hong Kong double decked suspension bridge takes its name from the islands on each of its sides, the eastern Tsing Yi and Ma Wan in the west. It has six lanes in total, along with a lower level which is used for maintenance and during severe typhoons - that close that upper deck.

Completed in 1997, The Jiangyin Bridge measures 3,071 metres and at the time of its opening in 1999, was the longest bridge in China; though it has since been surpassed. The build was scheduled to coincide with the 50 year anniversary of the Chinese Communist Revolution in 1947.

The Fourth Nanjing Yangtze Bridge is located in the eastern coastal province of Jiangsu. It allows for numerous vehicles to cross the river Yangtze with its dual six lane carriageway and was designed for a maintained traffic speed up to 125 kilometres per hour.

Measuring 7,210 metres in total, The Runyang Bridge complex is China’s second longest bridge due to its longest span of 1,490 metres. The Chinese name of the bridge can be translated as “Runyang Yangtze Bridge” or “Runyang Bridge over the Yangtze” but the simpler name “Runyang Bridge” is preferred by most technical translators (Link to Constructive Translations) This bridge complex is composed of two main bridges, one suspension which connects the northern city of Yangzhou with Zhenjiang on the southern side of the river and one cable-stayed bridge.

Built on Zhoushan Archipelago, the largest offshore island group in China, the Xihoumen Bridge is a suspension bridge with the longest span, 1,650 metres. In 2009, the opening of the bridge was delayed by a month due a collision with a ship and so opened on 25th December.