Amazon’s Jeff Bezos to back construction of 10,000 year clock 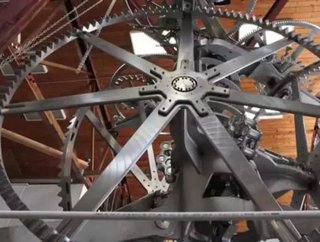 The CEO of Amazon, Jeff Bezos, has backed a construction project for a clock that can run for 10,000 years without human intervention. Bezos has financ...

The CEO of Amazon, Jeff Bezos, has backed a construction project for a clock that can run for 10,000 years without human intervention.

Bezos has financed $42mn into the construction project, making him the largest investor.

The 10,000 Year Clock will be built under a mountain in the Texan desert on a piece of land owned by the Chief Executive.

The project will be run by Long Now Foundation, which aims to make “long-term thinking more common”, the BBC reports.

The non-profit organisation has begun construction on the 500ft tall time-teller, of which no completion date has been released.

The clock will run off energy captured from temperature changes, however it will require vistors to turn a wheel to enable more energy storage.

The clock was designed by Danny Hills, an investor from the US, who plans for one hand of the clock to tick annually, and the other to move per century.

The devices cuckoo will appear once every thousand years.

“It's a special Clock, designed to be a symbol, an icon for long-term thinking,” Bezos writes in a blog post.

“Building a Clock inside a remote mountain is a big task. Construction is under way, and we're making progress every day,” he adds.