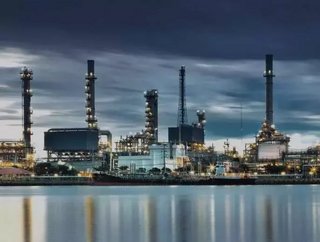 After a management buyout in 2017, HKA has grand ambitions for 2018 and beyond. Construction Global speaks with the company’s Head of Europe and Partn...

After a management buyout in 2017, HKA has grand ambitions for 2018 and beyond. Construction Global speaks with the company’s Head of Europe and Partner, Toby Hunt.

In an industry with so many moving parts, not to mention tight margins, the need for closer collaboration between stakeholders has never been greater. With a lineage in the construction sector dating back almost half a century, HKA has a rich history doing just that.

Fresh from its sale and de-merger from Hill International, HKA is now a privately-owned organisation with management equity specialising in advisory, consulting and expert services for the construction, manufacturing, process and technology industries. While HKA itself is a new entity, a small firm it is not: with over 960 professionals operating from more than 40 offices in 21 countries worldwide, the company boasts a footprint in every continent.

As a Partner of the business and the Head of Europe, Toby Hunt is an integral member of the company’s leadership team and with construction sector experience going back to the 1990s, he has witnessed the industry change markedly. Having seen it progress leaps and bounds when it comes to technology adoption over the last two decades, Hunt still acknowledges that the sector can be “a bit of a laggard” when it comes to implementation.

“One of the key trends I’ve seen over the last 15 years or so is the improvement in the use of technology in the construction industry,” he says. “Yes, the industry has been a bit of a laggard, but that is a result of such low margins, which dictate that spending on R&D and technology research isn’t as high as it is in other sectors.

“When I look back to 2000, the analysis software that was designed to define why and where projects went wrong was very limited, clunky and only used by a certain number of professionals or firms. But the investment in programming and planning tools and software means what is being used onsite has come on leaps and bounds. The ability to manage time on a project has improved significantly – that is driving the control of projects now, as opposed to 15 years ago when money was the main lever of projects.”

Perhaps surprisingly, Hunt says another trend shaping the construction industry today is globalisation, with a number of countries from the Far East making a play for significant projects in Europe and further afield. “The push from Chinese and Korean contractors on a global scale is something that we're seeing in abundance; the Koreans getting involved in some major UK projects, and the Chinese looking to do the same. If you look at where the activity globally is going to be by 2030, I think about two thirds will be carried out in Asia Pacific and those emerging markets. We’ve also seen major growth from Latin America where we've got businesses in Brazil, Panama, Chile and in Mexico.”

It is a trend that is allowing companies greater opportunities, but new entrants to new markets have raised alarm bells in the construction industry in the past. Hunt says that trend, combined with the myriad of ‘mega projects’ coming online have quite probably raised the risk in the sector, citing one very recent example. “Clients are looking for contractors to enter into contracts on more of a lump sum basis and looking to transfer that risk to the contractors. And we've only got to see from the demise of Carillion that these contracts are very risky. Because the margins are low and, in some instances, I think, contractors are bidding on margins that are close to zero and are hoping to get their money back in claims if you like. That's a real challenge for our industry generally across the world.”

The debate over the distribution of risk is one that has shaped the construction conversation for many years. Addressing the issue, Hunt says that he has long advised clients to use the contract they sign as a tool to avoid disputes. “A contract is an agreement that is entered into between the two parties as we know, but is very rarely used as a proactive tool to manage and avoid disputes on a project and to manage risk,” he reveals. “The contract is a mechanism allowing people to value changes in time and changes in money. And yet very rarely do the major contractors and even the subcontractors apply the contract, because most of them assume if they follow the contract that they're going to fall out with the employer.

“I keep saying to people that the contract is a tool at their disposal that should be used like a budget to set up a project that suits all parties. It amazes me that we still have in the industry where contractors and employers don’t really utilise contracts. It's simply a case that it's quite often drafted and it costs a lot of money to draft it with lawyers on both sides, so it’s put to one side when really it should be a vital component.”

In some markets it is accepted wisdom that even minor problems or hold ups can lead to a company making a loss on a project, but it is an attitude that Hunt and HKA are attempting to change. “It is something I have always questioned,” says Hunt. “If you kept the records and you've identified where the problems are – if the problems are yours then you should be able to mitigate and overcome them yourself. If the problems are not yours then you should have a contractual mechanism to get more time and/or money. I think that's where the industry really had to wise up a little bit. Maybe this Carillion collapse will be the start of that.”

The UK market is one understandably close to Hunt’s heart, and one of the jewels in the crown of HKA’s European portfolio. But any discussion about its prospects must incorporate the divisive subject of Brexit. How does Hunt think it will affect the UK’s construction industry? “I think that overall the future for the sector is quite rosy, although I foresee a struggle for both skilled and unskilled labour as our industry is heavily reliant on that foreign labour market. If that labour is stopped in some way it will have quite a large impact, I think in particular for the supply chain. Some projects could stall, as a number of big contractors don't actually carry out a huge percentage of the work themselves, they subcontract a large amount of work. If they can’t do that then there will be a slowdown.”

However, Hunt says this could also lead to opportunities. “When you import it, there's less impetus to actually grow your local skills economy. I think we'll find that there'll be quite a lot of investment potentially in growing construction skills domestically, which I think will have a positive impact on our industry going forward.

“The exchange rate will also be important; as the UK to Euro exchange rate has fluctuated a number of European clients have sought us out in the UK as our service provision has become cheaper in their mind. They’ll want to utilise the knowledge base of UK companies now because that exchange rate is more accessible for them.”

That utilisation of UK construction skills and expertise is already being sought by companies around the world. HKA is currently working with a Chinese organisation involved with the country’s road and infrastructure programme, while in Scandinavia it is advising a company working on a mass transit project that wants to benefit from HKA’s knowledge of procurement and risk management from the work it carried out on the UK’s Crossrail and HS2 initiatives.

As infrastructure programmes ramp up around the world, the need for consulting advice, technological expertise and dispute resolution is only going to grow, and the UK and HKA in particular is in a prime position to take advantage.

“2017 was a year of buyout and rebranding for HKA, so for 2018 the real impetus we have is to start to press the accelerator in our future-looking growth,” Hunt says. “This year is going to be about enhancing the relationships we have with our key clients, particularly global clients who we can follow or even sometimes lead into new territories where we already exist or where we want to be.

“I think the other thing we've worked on quite a lot over the last 12-18 months is analysis around points of failure on a global basis, which our clients will be able to access. We'll be able to advise them on the typical points of failure in specific markets, regions, supply chains, types of contracts. They can use our analysis to help mitigate their risks in advance of starting projects or going into new locations. In terms of what we’re trying to be, I hope this will push our brand to the cutting edge of thought leadership.”