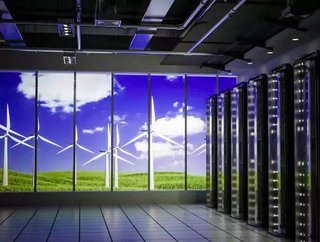 The Green Grid came into being 11 years ago with a shared goal for the data centre industry: to build a lasting industry alliance of companies donating...

The Green Grid came into being 11 years ago with a shared goal for the data centre industry: to build a lasting industry alliance of companies donating time to attack the problems around enhancing the energy efficiency of data centre (DC) infrastructure, while combating waste and inefficiency in the non-IT focused areas of the business.

“Our stated mission is to drive effective and accountable resource efficiency across the entire information and communications technology ecosystem,” says Roger Tipley, Green Grid President and VP of Industry & Government Alliances at Schneider Electric. “We’re here to enable sustainable IT solutions with help from our volunteer army. We have work groups in the US, Europe, Japan and China. We’re not a lobbying organisation trying to tell governments what to do; we try to advise based on the different global issues and political climates our members hail from. We want to be stakeholders in the process and be the experts called in to look at outcomes for both industry and end users when new regulations and standards are mooted.”

Part of the Green Grid’s mission is to address ways the construction industry can incorporate principles from the ‘circular economy’ to reduce the environmental impact of DCs. It boasts over 200 members including giants like Intel, Cisco, Google and IBM alongside industry innovators such as Future Facilities which pioneers engineering simulation tools to contribute to the design of sustainable DCs. “We’ve had a long-term interest in thinking about the end of life point of view,” says Tipley. “The old term for the circular economy would have been the cradle to grave principle. You’re trying to create DCs with larger ecosystems around them so you use clean materials that are easily recyclable and upgradeable. Currently, the European Commission are working on defining what the circular economy is and how you measure that. They are asking what it means to be durable, upgradeable, recyclable or repairable.” Following the definitional phase, Tipley expects to see regulations which have an impact on people’s products. “We would like to be an industry voice to help make these goals pragmatic and realistic, while still trying to meet the overall sustainability requirements. The whole concept of sustainability is a three-legged stool: social responsibility, environmental responsibility and economic responsibility. When you overlook any of this trio, a new construction proposal quickly becomes unsustainable.”

The DC industry is embracing new ways to repurpose sites as witnessed by Google’s conversion of a former coal plant in Alabama, and plans to construct DCs in which heat produced by servers can be delivered to nearby houses to provide heating and hot water. “We’d like to support these developments,” affirms Tipley. “What’s the vision, the quest for perfection? If we can answer that as an industry then we can approach DC construction in such a way that, at end of life, brownfield is actually greenfield and not some toxic wasteland which is hard to repurpose. We’re trying to develop ideas around the concept of net zero operations to promote the brownfield/greenfield circularity.” The Green Grid is helping organisations aim to be net zero on energy use, carbon footprint and water footprint to promote an impact point of view while investing in renewable energy. “It’s really about what DCs can do to add to the green energy in their region,” notes Tipley.

With those green initiatives in mind, The Green Grid is committed to helping its members, and the industry in general, improve operations and mitigate risk. The organisation has devised OSDA (the Open Standard for Data Centre Availability) as a methodology to give DC designers and operators a way to more flexibly run and redesign their DCs so they’re not held to some of the past models that were required. “We’re often brought in to help and want to make sure we have the right tools to do so,” confirms Tipley. “If you want to add in fuel cells, green energy, sustainable energy and energy storage, these weren’t comprehended in some of the old models. This new model of evaluating your availability (a key metric) is vital to comprehend how many hours a DC is available per annum and how many millions of euros it will cost when the centre is down during that time. DCs need to ensure they can reach the service levels agreed (SLAs) with their customers. OSDA was initially proposed by one of our colocation owner/operator members, Interaction, and we’ve been working on white papers and tools for the last two years. We’re about to publish our second generation tool and now we can look at more creative ways of providing assurances that DCs will be up when they need to be, while using less capital with a cheaper infrastructure requirement and operational cost reduction.”

Tipley is proud that The Green Grid partners with the likes of the US Department of Energy or the European Commission’s joint research centre, which places DC conduct in the EU at the forefront with initiatives like the Energy Start programme, for which The Green Grid provides valuable feedback. “They might need to make specific changes to ensure a project is realistic and they’re not putting something out there that’s ‘unobtainium’.” The Green Grid also partners with ASHRAE, a diverse organisation representing building system design and industrial processes professionals around the world. Tipley’s work groups engage with technical organisations and government institutions across the global information and communications technology ecosystem to collaborate on the creation and adoption of a common set of metrics for capacity utilisation and measurements for data centre resource efficiency. These include IUE (Infrastructure Utility Effectiveness) which is intended to help determine how much design infrastructure capacity an operational DC is able to use.

Identifying trends on the infrastructure side of DC construction, Tipley sees a focus on liquid cooling, particularly with high performance computing and data analytics. “The micro-processors and architectures around high-end servers are pushing really high heat densities. At certain densities, air is no longer an option. Whether it’s liquid cooling from a point source, or immersive, we have work streams at The Green Grid with several liquid cooling experts involved to try to make that a viable and less esoteric tech, so 10 years from now it might be more pervasive among the internet giants as they aim to eke out competitive advantage.”

Tipley believes that efforts to reduce the energy consumption of non-IT gear are bearing fruit by focusing on cooling and power infrastructure. What remains is the challenge for each individual DC to “boutique tweak” options to make sure its operations achieve optimum efficiency. “What’s left is the most difficult but will yield the biggest impact, looking at the IT itself – servers, software and storage,” says Tipley, pondering “how do we make it more effective? How can a DC generate more transactions for the amount of energy it might use? Is there a way we could promote at a higher level, or even at a micro level, more energy efficient software that has secondary impact on water, carbon footprint etc?”

He concludes: “Sustainability in an uncertain world is difficult, and unexpected events can influence our choices. If you’re designing things and expecting no consequences that lead to outages, it’s not sustainable. We have to think about a build from that perspective looking at both the environmental and business impact. Did you design in such a way that you could shift your loads to a place that’s not being impacted? That is an interesting conversation to have. It creates new methodologies that play to the strengths of internet giants and cloud providers but there are other ways for smaller enterprises to become involved. We need to promote the circular economy so we don’t just pack our landfills with lithium-ion batteries.”