The long and winding road to decarbonisation 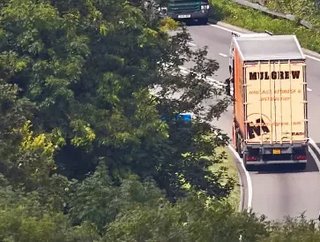 As Highways England strives to deliver net zero road maintenance and construction by 2040, what will be the main challenges on the road to decarbonisation?

Highways England has announced it will strive to be net zero in its operations by 2030, deliver net zero road maintenance and construction by 2040, and support zero carbon travel by 2050 - but how challenging will the road to decarbonisation become?

The journey might resemble less a smooth motorway and more a long and winding road. It won't just be incumbent on government agencies but contractors and suppliers to stick to commitments to reduce carbon annually by using latest technologies and sustainable products.

Highways England has been on the sustainable route for some time, introducing plug-in hybrid vehicles to its fleet, installing more effective LED lighting on the M62, utilising recycling and solar power for resurfacing on the A590, and launching electric vehicle trials with Leeds, Coventry, Sheffield, Kent and Nottingham Councils. But the present and future challenges are on another scale.

Nick Harris, Acting Chief Executive of Highways England, said: "Highways England recognises the threat of climate change and the risks it poses for us all. That’s why we’re pledging to take effective action to take carbon out of roads. Today roads are a convenient, efficient and low-cost way to travel which is why 9 out of 10 passenger miles and 79 per cent of all freight moves on roads. Our plans set out how emissions from our own operations, our construction and our customers will reduce over the coming years."

But within transport, road transport is the largest emitter of GHG. Cars contributed 55% of domestic transport emissions (68MtCO2e), as of 2018 data; cars are the most common mode of transport regardless of the journey type although 94% of car journeys are under 25 miles, and 58% under five miles.

Highways England will generate more electricity from renewables, work with its supply chain to transition to net zero construction and support low carbon travel, all while identifying further opportunities to deliver wider sustainable development, such as green spaces and biodiversity.

To achieve net zero, Highways England is taking action by the following dates:

2030 Highways England will be net-zero for its own carbon emissions. This includes switching to LED lighting, changing its vehicle fleet to electric and planting up to 3 million additional trees

2050 All vehicles on its network will be net-zero. To support this goal Highways England will:

The latest plan comes just days after the government unveiled its Transport Decarbonisation Plan, setting out our plans to reach net zero emissions by 2050.

As the country moves towards all new cars and vans being zero emission by 2030, over £1 billion will be invested by the government to accelerate the roll out of charging infrastructure, making charging researching electric cars as easy as filling a vehicle with petrol or diesel, and cheaper to run. The Government launched the £400 million Charging Infrastructure Investment Fund to catalyse private investment in public chargepoints, the first £70 million tranche of which will create 3,000 new rapid chargepoints across the UK by 2024.

"How we build and maintain our roads naturally plays a key role in meeting net zero goals. Roads form a critical backbone of the UK economy, supporting not just our personal journeys, but contributing substantially to economic growth." he said. "As an industry we must recognise what good looks like, understand where it’s going and always challenge our thinking, in order to deliver sustainable infrastructure for the long term."

Industry must focus on material emissions

Car operations and sustainable infrastructure are only part of the puzzle. To reach the full potential of automotive decarbonisation - and achieve the zero-carbon car - the industry must turn its attention to material emissions, according to McKinsey's research. As tailpipe emissions decrease, emissions from vehicles’ materials will increase both absolutely and relatively and soon become a larger share of life-cycle emissions, it notes.

"We estimate that the growing market share of battery electric vehicles that have higher baseline material emissions - and the changing energy mix required to power them - will boost material emissions from 18 percent of vehicles’ life-cycle emissions today to more than 60 percent by 2040. This jump presents both a challenge and an opportunity on the path to the zero-carbon car."

President Biden's recent endorsement of the $1.2 trillion Bipartisan Infrastructure Framework is a key way to galvanise and support decarbonisation and the greening of the US economy. The recent G7 Summit highlighted a common ambition to invest in infrastructure, and to achieve net zero by 2050 by supporting a green revolution driven by innovation.

Many US states are looking to improve demand management by implementing intelligent transport system (ITS) and vehicle-to-everything (V2X) technology, expanding their public transit networks, and developing active transportation infrastructure and shared mobility services to increase system flexibility and efficiency.

According to Shwetha Surender, New Mobility Director at Frost & Sullivan, electrification of public transit fleets ranked high on the agenda of states like California, Florida, and New York, all connected to the net zero agenda. "More than 12 out of the 20 states researched were pushing forward on autonomous mobility plans, with California, Texas, Tennessee, Pennsylvania, and Virginia either piloting or already offering commercial autonomous mobility solutions," she adds.

The report further underscored the opportunities presented by port and intermodal freight hub development projects in states like California, Florida, Georgia, and North Carolina. Expansion of freight rail capacity was a major focus area in many states, with high-speed rail a prominent feature of transport plans in California, Georgia, and Texas.