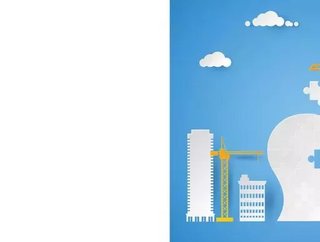 Around a third have reported depression while well over half have felt stressed during the pandemic...

As the almost-year-long pandemic takes its toll on the mental health of the nation, it’s clear that tradespeople of the UK have been hit particularly hard. In the last year, around a third (32%) have suffered with depression, while well over half (58%) say they’ve felt stressed, and more than two in five (45%) have experienced anxiety.

Almost half (47%) of all tradespeople also say they’ve had problems with their sleep, while a quarter (25%) have suffered with low self-esteem at points in the last year. The vast majority – if not all – say that any signs of poor mental health have either been caused or made worse by the pandemic.

Unlike many industries, construction has had the green light to continue working through large periods of the pandemic – including the most recent national lockdown. Indeed, almost one in five (18%) say they’ve continued business as usual.

But with one in five (17%) describing their current mental state as either bad or very bad, it’s worrying to learn that two in five (38%) tradespeople don’t feel they’re able to take time off work if experiencing poor mental health.

Following a sustained period of economic uncertainty, almost half (46%) of all tradespeople are concerned about the future of their business, while close to one in six (15%) believe there is a very real threat that they may have to permanently cease operations.

Red Flag Alert recently warned up to 40,000 construction firms are at risk of failure by April (click here).

According to two thirds (66%), future lockdowns would have the biggest negative impact on business, and are the main concern for many tradespeople.

But despite ongoing challenges, two in five (42%) are optimistic that the economy will pick up, while a further two fifths (38%) feel positive that the number of jobs and orders they’re receiving will continue to rise.

Meanwhile, one in five (22%) say they’ve managed to adapt their business in the pandemic, with well over a tenth (13%) learning new skills – both of which should have positive long-term benefits for the trades community.

With three in four reporting that the crisis has had a negative impact on their mental health, it’s reassuring to know that many are taking steps to improve their wellbeing.

Over half say that spending time outside and in nature (57%) and physical exercise (53%) are having a positive impact – while a further 57% are staying connected with friends and family to support their mental health.

One in five (22%) have said that gardening helps, 16% are reading, and well over a tenth (14%) are using mindfulness techniques such as meditation or breathing exercises.

Alan Thomas, UK CEO at Simply Business, said: “Covid-19 has had a significant impact on the nation’s wellbeing, and that’s especially true for self-employed tradespeople – many of whom have been instructed to continue working throughout the pandemic.

“The self-employed have been among the hardest hit from Covid-19 and those in the construction industry have faced unique challenges. The results from our latest survey show the clear impact this is having on mental health.

"Tradespeople play a huge part in the smooth running of the UK, and will be vital to our collective recovery – the news that three in four have seen their mental health negatively impacted should concern us all for a number of reasons."

It has partnered with a range of experts – from sleep specialists, to clinical psychologists – to create tailored resources for the self-employed, housed under its Better for Business wellbeing hub.