Two disused railways are being transformed into public spaces 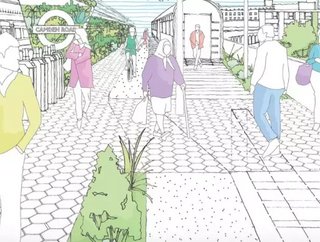 Seoul has now become the home to a completed sky garden, transforming a disused highway to become a space for all to relax and enjoy. Taking two years t...

Seoul has now become the home to a completed sky garden, transforming a disused highway to become a space for all to relax and enjoy. Taking two years to complete, the skybridge will aim to connect cities and individuals through a tranquil space and be open at all times.

Situated in Seoul’s Central Station district, Dutch architects MVRDV are responsible for the stunning 16-metre-high creation, utilising the existing overpass and incorporating over 20,000 plants, flowers and shrubs, with over 200 species within its design.

Spread over 983 metres, the floating walkway will be segregated into a collection of gardens with their own characters to identify the differing seasons through various flora and fauna. Café’s, performance areas and markets have also been embedded, creating a unique social space to bring people together. Even when the plants become too big for the area, they will be replaced by further plants and sold, providing a “nursery” for developing greenery.

The project has a number of connecting structures to access the garden, with a pedestrianised viaduct located next to Seoul’s main station. The entire structure has been strengthened throughout. Winy Maas, founding partner of MVRDV said, "Our design offers a living dictionary of plants which are part of the natural heritage of South Korea and now, existing in the city center. The idea here is to connect city dwellers with nature, while at the same time also offering the opportunity of experiencing these amazing views to the Historical Seoul Station and Namdaemun Gate."

At night time, the garden will be lit up to provide suitable access at night. The blue lights will contrast with the city and be adjusted for festivals and events.

Similarly, Camden in London are proposing to build a structure similar to New York’s ‘High Line’. Situated between Camden Town and Kings Cross, a disused railway line could become a new transport route and elevated park for visitors and tourists to utilise and enjoy. The 0.8km route (which was part of the previous North London Railway) would be eight metres high and 18 metres wide, crossing 8 roads. It has now been confirmed that Studio Weave and Architecture 00 have now won the bid.

Named the Camden High Line, the project will provide a new elevated park and reduce congestion for a large number of commuters in the city. Camden Town Unlimited Chief Executive Simon Pitkeathley said: “We think the re-use of this railway line for the Camden Highline outweighs the benefits and costs of leaving it vacant. This new transport link can reduce overcrowding and journey times on the existing, cycling and pedestrian routes nearby, like Regent’s Canal.”

“Making innovative use of disused space can create new employment opportunities as well as economic, health and quality of life improvements for the local community.”