VINCI buoyed by rebound and orders 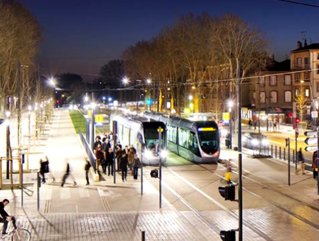 Concessions, energy and construction are powering VINCI to new heights

One of the largest construction companies in the world, VINCI is a French concessions and construction group that has more than 3,200 companies under its umbrella, operating in nearly 120 countries. In 2020, the company posted revenues of €43.23bn and had 217,731 employees.

The company currently operates in three business streams: Concessions, where it designs, finances, builds and manages, within the framework of public-private partnerships, transport infrastructure and public equipment.

Energy, where it deploys its expertise in information and communication technologies in activities associated with energy and transport infrastructure, as well as in the improvement of industrial performance and the maintenance and operation of buildings. In April 2021, it was announced that VINCI would acquire ACS’s energy business – this acquisition was completed in January 2022.

Finally, there is the new VINCI Construction division, which was formed in 2021 via the merger of VINCI Construction and Eurovia. This new division consists of more than 1,000 companies and 115,000 employees and brings in a vast amount of expertise in building, civil engineering and infrastructure activities. VINCI Construction has also signed an agreement to acquire the construction companies of the family-owned Northern Group of Companies, subject to approval by the Canadian authorities. These companies specialise in roadworks and the production of asphalt mixes and aggregates in the provinces of New Brunswick and Nova Scotia, and in 2020 generated consolidated revenue of €65mn.

Alongside these gains was an unprecedented level of free cash flow, while margins and operating income at VINCI Energies and VINCI Construction were higher than in 2019.

Revenue at VINCI Construction totalled €26.3bn, up 5% on an actual basis compared with 2019. In France (49% of the total), revenue was €12.8bn, down 4% relative to 2019 and up 10% year on year. Business levels remained firm in public works and civil engineering – supported by Grand Paris Express projects – and in rail works, roadworks and earthworks. In building works, business levels were driven by several major developments in the Paris region.

Outside France (51% of the total), revenue was €13.5bn, up 16% relative to 2019. Growth was driven by the ramp-up of several large contracts obtained recently, including two works packages on the HS2 high-speed rail line in the United Kingdom. Business levels were also firm in rail works, roadworks and earthworks.

Revenue at VINCI Energies totalled €15.1bn, up 10% on an actual basis compared with 2019. Despite supply shortages at the end of the year, growth was driven by very buoyant markets and, to a lesser extent, the impact of acquisitions (those completed in 2020 and 20217 added around €300mn to revenue in 2021).

Order intake at VINCI Energies and VINCI Construction amounted to €42.4bn in 2021, almost stable year on year (down 2%) despite a high base for comparison caused by some major project wins in 2020 (down 9% at VINCI Construction, up 12% at VINCI Energies). In addition, given the high level of demand in their markets and their very large order books, these two business lines are maintaining a selective approach to taking on new business.

As of 31 December 2021, the order book amounted to €44.5bn, up by 5% year-on-year. It grew at both VINCI Energies (up 11%) and VINCI Construction (up 3%) and represented 13 months of average business activity (9 months for VINCI Energies and 15 months for VINCI Construction). International business made up 62% of the order book at the end of December 2021.

After announcing the agreement on 1 April 2021, VINCI completed the acquisition of ACS’s energy business on 31 December 2021.

This acquisition offers strong growth levers: Cobra IS’ business and geographical presence complement those of VINCI, through its acknowledged expertise in delivering turnkey EPC (Engineering, Procurement and Construction) projects in the energy sector and with its strong local positions in the Iberian Peninsula and in Latin America.

VINCI’s business model will benefit from Cobra IS’ expertise in developing renewable energy concessions. The Group therefore intends to become a significant player in this sector, having identified new opportunities for the short and medium term eventually representing total capacity of around 15 GW, mainly in solar PV and onshore wind, in addition to several gigawatts of potential offshore wind projects. VINCI’s financial strength will be a further advantage in accelerating the new unit’s growth as a long-term manager and operator of renewable energy assets.

VINCI and ACS have also finalised a joint venture agreement, providing for the creation of a new entity that will have the right to buy, at market prices, renewable energy assets developed, financed, built and connected to the grid by Cobra IS. VINCI will own 51% of this entity, which will be fully consolidated in VINCI’s financial statements.

In response to the climate emergency, VINCI is acting to reduce its impact on the environment, transform its businesses, and create innovative solutions. The Group has said that it intends to play an active role in the ecological transition of living environments, infrastructure and mobility systems.

Therefore, it has set ambitious targets:

VINCI also intends to limit its impact by moving towards a circular economy. This means improving design and production processes, reducing extraction of virgin raw materials, reusing and recycling. Therefore, the company intends to:

Finally, the Group has reiterated its commitment towards preserving natural environments. Its entities must have as little an impact as possible on surrounding ecosystems, and must develop solutions to conserve freshwater resources and restore ecological balances. All of its companies have committed to prevent pollution and incidents by systematically implementing an environmental management plan, optimise water consumption, especially in areas of water stress, and aim to achieve no net loss of biodiversity.

In 2021, VINCI, alongside partners including Air Liquide and TotalEnergies, has set up the world’s largest investment fund dedicated to the development of clean hydrogen infrastructure.

“The growth potential of VINCI’s businesses, which are central to the issues facing tomorrow’s world, has never been so great, with developments such as the transformation of cities and buildings to reduce their environmental impact, growing mobility needs that require lower-carbon transport infrastructure, and the digital revolution,” said Xavier Huillard, VINCI’s Chairman and CEO.

“Given the urgent need for action, we have stepped up our environmental commitments, aware of the responsibility that we have as a market leader, while taking into account the workforce-related and social impact that our business activities have. So VINCI – now based at l’archipel, our new head office in Nanterre that acts as a showcase for our expertise – is starting a new chapter in its long history with enthusiasm and determination,” he added.

2022 has started strongly for VINCI and its business arms, with VINCI Construction awarded a €391mn, five-year contract for a new 6.8kms, 2X2 lane road in New Zealand. The project will support urban development in the region by improving accessibility. It will also relieve neighbouring towns from heavy freight traffic, thereby enhancing safety.

At the end of 2021, the company had entered into a number of high-profile contracts including the construction of the logistics hub and regional headquarters of Lidl France, as well as the upgrade works on Noisy-Champs Station and its ancillary facilities, on the future lines 15 South and 16 of the Grand Paris Express.

Also in December 2021, the Western Strasbourg bypass in Eastern France was commissioned, which is a 24-kilometre-long road that represents the most extensive motorway project undertaken in the country in recent years. The €561mn project was financed by VINCI Autoroutes, who will also operate and maintain the motorway. The project was launched in 2018 and the design and construction work was carried out by a consortium of companies made up of VINCI Construction (Dodin Campenon Bernard, lead company, VINCI Construction Terrassement, VINCI Construction France and Eurovia), VINCI Energies (Cegelec Mobility) and Ingerop Conseil & Ingénierie.