All you need to know about The Shard 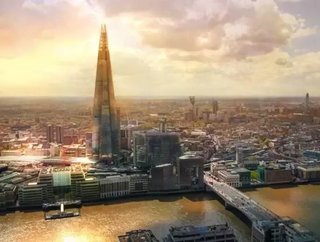 The Shard, also referred to as the Shard of Glass, Shard London Bridge and formerly London Bridge Tower, is a 95-storey skyscraper in Southwark, London...

Construction on The Shard began in March 2009 and finished in July 2012. The observation deck was opened to the public in February 2013. The Shard has 72 habitable floors, with a viewing gallery and open-air observation deck on the 72nd floor, at 244.3 metres.

The Shard was designed by architect Renzo Piano. He designed it as a spire-like sculpture emerging from the River Thames, and was inspired by the railway lines next to the site and the masts of sailing ships. English Heritage initially criticized the plans, calling the building ‘a shard of glass through the heart of historic London’, which gave the building its name. The Shard features 11,000 panes of glass, with a total surface area of 56,000 square meters.

The Shard was designed with energy efficiency in mind, and is fitted with a combined heat and power plant; operating on natural gas from the national grid. Fuel is efficiently converted to electricity and heat is recovered from the engine to provide hot water for the building.

Following the destruction of the World Trade Center in New York in 2001, architects and structural engineers worldwide began re-evaluating the design of tall structures. The Shard’s early conceptual designs were among the first in the UK to be amended following the publication of the US National Institute of Standards and Technology report into the collapse of the WTC. The Shard is designed to maintain its stability under serious conditions.

In 2014, The Shard was awarded first place at the Emporis Skyscraper Awards, recognising buildings over 100m completed in the previous twelve months. The Emporis judges hailed the building as ‘a skyscraper that is recognized immediately and which is already considered London's new emblem’.