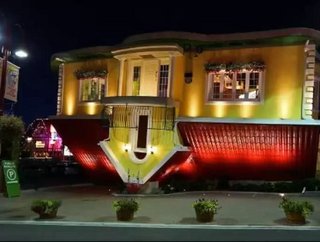 Upside down houses are becoming increasingly popular tourists sight, creating fascination and interests in both construction and design. We look at some...

Upside down houses are becoming increasingly popular tourists sight, creating fascination and interests in both construction and design. We look at some of the builds which have attracted thousands of tourists and will continue to influence future builds.

Built in 2008 within Transsenheide, architects Klaudiusz Golos and Sebastian Mikiciuk have created an iconic place for tourists within the area with their vision of an upside down house.

Visitors can view ordinary items ‘upside down’, with the loo seat in the bathroom based on the ceiling, alongside beds, chairs and other household items, creating interest and wonder.

Open all year round, the upside down house within Szymbark is built on a tilt, where visitors enter the building through one of the windows and walk on the ceilings.

Designed by Daniel Czapiewski, the timber structure took longer than traditional builds, with the foundations requiring increased levels of concrete. The build also incorporates propaganda from the 1970s, reflecting Poland’s communist history, signifying a key political message both in subject and construction.

Situated nearby is the world’s longest plank, the Centre of Education and Regional Promotion, the Museum of Carpentry and House of the Siberian.

The Rumah Terbalik, situated in Tamparuli was one of the first upside down houses within South East Asia, becoming a popular public site in 2012.

The build has been added to the Malaysia Book of Records. A multitude of tourist facilities have since been built nearby.

Recognised as one of Phuket’s top 5 landmarks, this upside down house uniquely showcases a 3,100 square foot garden maze, ideal for families as they visit this unusual build.

Originally designed to represent a Tibetan-style home, the upside down house, built in 2007 is popular with both children and adults through providing fun and adventure suitable for all ages.