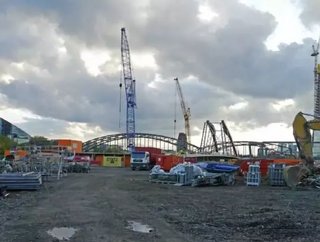 The German construction sector is steadily improving. The industry recorded the second highest number of bankruptcies in Germany over the last year, after wholesale and retail trade, including maintenance and repair of motor vehicles, which saw around 4,800 bankruptcies. However, the trend is on the decline and growth prospects are good.

This is the conclusion of the latest study by leading credit insurer Euler Hermes. The German construction sector is expected to grow by 3.5 percent in 2014 to reach total sales of € 285 billion, and by 5.3 percent in 2015.

“Besides the generally positive economic trend, the reasons for the strong demand are record low interest rates, low equity financing requirements, low unemployment, higher German purchasing power on the back of rising wages and stronger immigration. These factors make property an attractive investment – Germans are showing a preference for investment in ‘concrete gold’ over equities, which are seen as risky.”

Construction companies are still contending with rising material and energy prices, leading to relatively low profit margins of around six percent. The days sales outstanding period (DSO) in the construction sector may be decreasing, but in 2012 it was still 16 days above Germany‘s cross-sector average of 20 days.

“Payment morale in the construction industry is improving, but the risk of non-payment remains high,” said Thomas Krings, Chief Risk Officer at Euler Hermes Germany. “We are anticipating 3threepercent fewer bankruptcies in 2014 and a further 5 percent reduction next year. But with over 4,000 cases, the absolute figure in the construction sector is still the second highest in Germany. Nevertheless, the sector is gradually improving, with the number of bankruptcies falling by 23 percent since the 2009 crisis. Only agriculture has reported a stronger recovery, with a 24 percent drop in bankruptcies.”

The biggest risks to future growth in the German construction industry are a housing bubble and the rent regulation (“Mietpreisbremse”) debated by the German government. In France the latter led to a sharp slump in the building industry: in Q2 2014 the number of new construction projects was down 19 percent vs. Q2013. There was also a substantial fall in the number of building permits in France, down 13 percent.

“In major German cities like Berlin, Frankfurt, Hamburg and Munich, property prices have risen by more than six percent in the last three years – disposable income on the other hand is up by only around two percent,” said Krings.

“We are not seeing a housing bubble at the moment, but this gap represents a risk to growth. The rent regulation could also weaken the boom. Lower rents automatically reduce profits for investors, thereby making property investment a less attractive proposition. It is precisely in the metropolitan areas, however, that we need new private constructions, in order to prevent the housing crisis from worsening. We have recently seen in France how this can impact negatively on growth as a whole.”