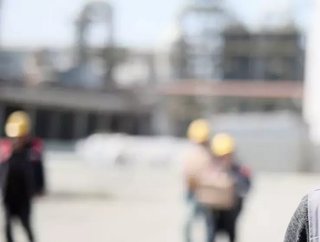 GlobalData has predicted that Brazil’s construction industry will shrink by 6% during 2020, down from pre-COVID predictions...

GlobalData has predicted that Brazil’s construction industry will shrink by 6% during 2020, down from pre-COVID predictions.

Brazil has been badly hit by the coronavirus pandemic. The nation hasn’t yet seen the peak of the virus as daily cases rise to 30,000 and above. Coronavirus is set to have a lasting effect on the construction industry.

GlobalData previously predicted a 2.2% growth in Brazil’s construction industry. Further downward revisions have now been forecast by the analytics and consulting firm as coronavirus continues to spread right across the nation.

Social distancing policies are expected to be extended throughout the next couple of months which is set to have a major impact on numerous construction sites.

World Bank has said that Brazil’s economy is expected to shrink by 8% this year. In 2021, it is expected to slowly recover by 2.2% but this may be subject to change depending on COVID-19 numbers.

During February to April, the country lost 4.9 million formal and informal jobs. The construction sector alone has been a victim, with around 885,000 jobs being lost.

Despite social distancing measures being in place, all construction activities have been able to continue throughout the crisis. Despite this, the industry performance is set to be much worse during the second quarter compared to Q1, where the pandemic brought the sector near to the level of activity recorded at the start of 2008.

Brazil’s construction sector accounted for over 3% of the country’s GDP in 2019, in addition to over 5% of formal employment.

A more in-depth look into the decline reveals that the operational capacity of construction was half of its normal output during April. The Construction Industry Survey revealed that construction activity dropped to 29.4 points in April which is the second-lowest value it has ever reported during the series. The score ranges from 0 to 100 and values below 50 are negative.

Current forecasts by GlobalData suggests that construction output in Brazil isn’t set to return to last years levels until 2023 at the earliest, even if the nation’s government puts its infrastructure spending plans ahead.