British Construction Workers are Top Profession for Hitting the Gym 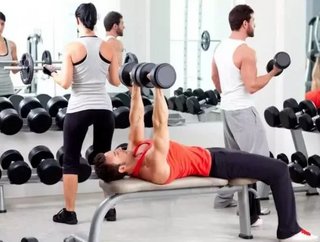 Working out regularly could help with business success, as a high percentage of company bosses spend much of their time in the gymThere are many clich&e...

Working out regularly could help with business success, as a high percentage of company bosses spend much of their time in the gym

There are many clichés about the construction industry and its workers that do not hold up to close examination, however the macho image associated with the building site at least is founded in some degree of truth, according to a new survey.

Over 2,000 people, who work out regularly, contributed to research conducted by sports nutrition company, www.BodybuildingWarehouse.co.uk, and the results found that builders and construction workers are the profession most likely to be hitting the gym.

Builders represent 10 percent of all professions in gyms across the UK, putting other stereotypically ‘tough’ professions, such as fire fighters (0.4 percent) and the police (0.3 percent), to shame.

The study also revealed surprising findings about people working in perceived ‘geeky’ professions, who in building more than just their brainpower. IT workers appear in the top ten workout professions, ahead of the heroes in our emergency services and, even more surprisingly, just one place behind people in the armed forces.

Working out can also be a sign of business success, with top company bosses also making up a large percentage of gym goers: nine percent of the people surveyed.

Managing Director of www.BodybuildingWarehouse.co.uk, Kieran Fisher, said: “Building is a career where strength and stamina are important assets, so it’s perhaps not surprising that people working in construction are motivated to take care of their bodies, increasing their fitness and ability to do their job effectively.

“However, we can also see a large number of desk-bound jobs in our top ten, indicating how working out is a great way to compensate for a more sedentary job, helping to reduce work stress as well as physical health.”