Does the future of sustainable construction lie in self-healing concrete? 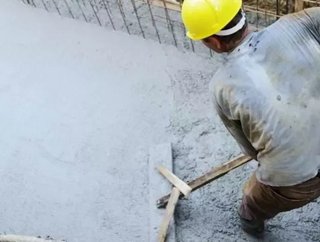 Of all the carbon emitters that surround us every day its easy to overlook one of the most ubiquitous: concrete. Concrete is the most widely used mater...

Of all the carbon emitters that surround us every day it’s easy to overlook one of the most ubiquitous: concrete.

Concrete is the most widely used material in the construction industry, used to build our buildings, pave our roads and span our bridges, and by 2030 urban growth in China and India will place global cement output at 5bn metric tons per year, with current output already responsible for eight percent of the global emissions total, according to an article in the Guardian.

Although its environmental impact is far from benign, concrete – defined as the mixture of aggregates, water and the hydraulic powder material known as cement – is incredibly useful and widely applicable. Thanks to its durability, easily-sourced raw materials and thermal resistance, it is unlikely that an alternative building material will replace it on a large scale any time soon.

That being said, Hendrik Jonkers, a microbiologist at Delft University and a finalist at the recent 10th annual European Inventor Awards, has a plan to increase the lifespan of concrete, making it a more sustainable and thus a more viable solution for many more years to come.

His innovation, which embeds self-activating limestone-producing bacteria into the building material, is designed to decrease the amount of new concrete produced and lower maintenance and repair costs for city officials, building owners and homeowners.

“One of my colleagues, a civil engineer with no knowledge of microbiology, read about applying limestone-producing bacteria to monuments [to preserve them],” Jonkers told the Guardian. “He asked me: ‘Is it possible for buildings?’ Then my task was to find the right bacteria that could not only survive being mixed into concrete, but also actively start a self-healing process.”

Healing cracks in concrete is expensive. According to HealCON, the project working on the self-healing concrete, annual maintenance cost for bridges, tunnels and other essential infrastructure in the EU reaches €6bn (£4.2bn) a year.

The new invention comes in three forms: a spray that can be applied to existing construction for small cracks that need repairing, a repair mortar for structural repair of large damage and self-healing concrete itself, which can be mixed in quantities as needed. While the spray is commercially available, the latter two are currently in field tests. One application that Jonkers predicts will be widely useful for urban planners is highway infrastructure, where the use of de-icing salts is notoriously detrimental to concrete-paved roads.

Encouraging as it sounds, Jonkers’ self-healing concrete can’t cure very wide cracks or potholes on roads just yet; the technology is currently able to mend cracks up to 0.8mm wide. And while making better concrete is a more feasible approach to sustainable building than shifting to an entirely new building material, that doesn’t mean the innovation is a sure bet. The current cost would be prohibitive for many. A standard-priced cubic meter of concrete is €70, according to Jonkers, while the self-healing variety would cost €100.

John Alker, director of policy at the UK Green Building Council, says the success of any new green infrastructure technology relies on innovators like Jonkers being able to demonstrate the particular benefit of a product, whether that’s around cost or enabling a client to meet environmental targets.

“We’ve seen a lot of innovation around concrete as it is a highly impactful product in terms of the energy that goes into producing it and it’s simultaneously a very important construction product globally,” Alker said. But persuading the construction industry to change its behaviour will be tough, he says. “It comes down to innovative clients and developers being willing to experiment with their building and try and test these materials and prove a track record before others will follow.”

Though Jonkers is aware of the challenges of reaching wide adoption of the material, he points out that in particularly vulnerable environments – such as coastal communities or tropical regions that are increasingly experiencing extreme rainfall – some are already seeing the cost-benefit analysis of using this technology from the outset.

“We did a project in Ecuador where we made a concrete canal and irrigation system with self-healing concrete,” Jonkers said. “We are doing tests all over the world in developing countries where they realise that though this is more expensive than current tech, they see the profit because they will have to avoid repair down the line.”

What do you think about self-healing concrete? Do you think it is a viable solution for the construction industry?