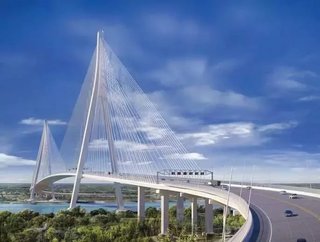 A project to build a huge bridge between Detroit, US, and Windsor, Canada, has been awarded to a consortium of construction companies which includes Flu...

A project to build a huge bridge between Detroit, US, and Windsor, Canada, has been awarded to a consortium of construction companies which includes Fluor Corporation and AECOM.

While exact details of the financial value are yet to be announced, previous estimates indicate and approximate cost of $4bn. The project will be delivered through a public-private partnership and is expected to break ground this year.

Terence Easton, President of Fluor’s infrastructure business, commented: “We are looking forward to partnering with WDBA to reach financial close later this year and ultimately deliver a durable, long-lasting, landmark bridge with a unique visual presence for the local community and international travellers.”

Dwight Duncan, Chair, WDBA Board of Directors, added: “This is an exciting time for WDBA and for communities on both sides of the border.

“The selection of Bridging North America as the Preferred Proponent is another step forward towards the start of construction of the Gordie Howe International Bridge – the largest infrastructure project along the Canada-US border and one which will stimulate the economies in Canada and the United States.”

The six-lane bridge will provide vital added capacity along what is the busiest US-Canada trade corridor and is expected to deliver enhanced border processing.

Once completed, it will also be the longest cable-stayed bridge in North America.