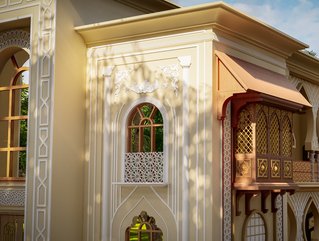 Real estate consultancy firm JLL highlights simple, rapid changes that can be made in Egypt ahead of COP27

JLL, the professional services firm specialising in real estate, investment, management and development consultancy, has highlighted simple, rapid changes that can be made in Egypt, and across the MENA region, to begin the journey towards net zero buildings.

In a white paper titled ‘Egypt’s Road to Decarbonisation’, the firm examines the decarbonisation of the built environment and focuses on ways to win the climate battle. It includes a real estate perspective on climate change and the critical role of transparency for decarbonisation; the power of Public-Private Partnerships (PPPs) in tackling climate change; and the importance of closing the funding gap with climate financing and green bonds.

“It is important for Egypt, alongside other nations, to review the plans and actions of the most climate-progressive cities we identified in our recent Global Real Estate Transparency Index, and follow their path in implementing and mandating suitable, climate-friendly real estate regulations, while aligning with international property measurement standards,” said Ayman Sami, Country Head Egypt at JLL.

“This could eventually lead to the country committing to a net zero goal and the development of a plan to conserve energy and reduce carbon emissions across new and existing stock, including establishing a national retrofitting program.”

The real estate sector accounts for over 40% of global carbon emissions, according to the World Green Building Council. While many countries do not yet enforce strict decarbonisation measures for buildings, a few cities such as New York, Singapore, Paris and London have recognised the huge impact of the built environment’s contribution to carbon emissions and implemented specific carbon-reduction measures for the real estate sector in their climate action plans.

Egypt will be hosting the 27th Conference of the Parties of the UNFCCC (COP 27) in Sharm El Sheikh between November 6-18. The country has emphasised that the coming global climate summit will be specifically important as it will be the year of ‘implementation’ and ‘unlocking climate finance’. COP 27 will also be an opportunity for Egypt to represent the entire African continent and voice all its financial and technological needs to the world.

Sami added: “More governments are becoming aware of the drastic effects of buildings’ carbon emissions on the climate and are starting to mandate energy efficiency and emissions standards for buildings, as well as adopting green building certificates. For Egypt, it is an opportunity to encourage investors, landlords and occupiers to develop a greener mentality and take their own initiatives to act quickly, without waiting for regulatory measures to kick-in – given the urgency of the climate emergency.”

Research suggests that now, especially as the host of COP 27, Egypt can drive simple, rapid and effective actions in the real estate sector, such as (retrofitting) LED lighting and installing photovoltaic solar panels – which drastically reduce emissions from electricity, he pointed out.

Over the years, Egypt has made great progress to strengthen its position as an advocate for green financing, most notably with its first sovereign green bond in the Middle East and North Africa (worth US$750m) issued in September 2020 to finance its climate action plan and achieve its sustainability goals and ambitions.

However, proceeds from the debt sale will be used to finance or re-finance green projects in the transportation sector (46% of proceeds have been allocated for the Cairo monorail), as well as clean water and wastewater management (54% has been dedicated to this sector), with no funding plans relating to buildings.

Egypt has stated that it requires US$250m to install energy efficient cooling in buildings and an additional US$345m to incorporate energy efficiency and renewable energy measures in hotels and resorts.

The government has also stressed that without the complete support from developed countries, it will not be able to allocate the right financial, technological, and human resources to fulfil the emission reduction pledges of the Paris Agreement.

According to the Climate Action Tracker (CAT), Egypt will only be able to meet its Paris Agreement temperature goals by 2030 if it reduces greenhouse gas (GHG) emissions by at least 25% from current levels. Egypt’s recently updated Nationally Determined Contribution (NDC) to achieve the Paris Agreement temperature goal remains conditional on receiving funding to the tune of US$246bn for its mitigation (US$196bn) and adaptation (US$50bn) plans.

In addition to Egypt’s enhanced goals and ambitions to address climate change, the whitepaper also highlighted the need for enhancement to achieve its Paris Agreement pledges. The country could further strengthen the enforcement of its existing laws, establish a long-term net-zero carbon goal and join other nations in mitigating climate change, while keeping in mind the built environment’s role in the mitigation process as it is a major contributor to global carbon emissions.