Malaysia is set for increased tourism figures in Kuala Lumpur 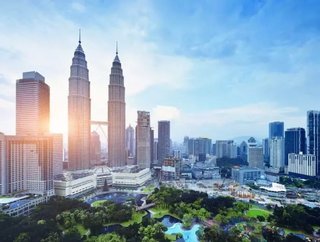 Kuala Lumpur is set to be transformed with the new Bukit Bintang City Centre (BBCC) and Mitsui Shopping Park LaLaport KL, which will provide an economic...

Kuala Lumpur is set to be transformed with the new Bukit Bintang City Centre (BBCC) and Mitsui Shopping Park LaLaport KL, which will provide an economic boost to the region

Construction works are now underway as a result of the ground-breaking ceremony, which was overseen by Prime Minister of Malaysia Najib Razak. The Bukit City Centre (BBCC) and Mitsui Shopping Park LaLaport KL has attracted a number of investors as part of the region’s Economic Transformation Programme (ETP), with the aim to transform Kuala Lumpur into an increased tourist avenue and boost economic growth.

The construction works are situated on over 19 acres of land, upon the grounds of the old Pedu jail. The venture will incorporate a new retail mall, four-star hotel, offices, residential complexes and a number of entertainment venues across the expansive area.

In his speech, Razak explained, “BBCC is an example of the key projects which support the Government’s focus under the Economic Transformation Programme for Greater KL and Klang Valley.”

The BBCC project has garnered the attention of renowned Japanese retail estate group Mitsui Fudosan Co Ltd, who have invested RM1.6 billion within the new retail mall and will own 50 percent of shares, with the remaining shares held by shareholders BBCC Development Sdn Bhd, UDA Holdings Berhad, the Employees Provident Fund Board and Eco World Development Group Berhad and. The mall itself will also be managed and operated through joint-venture partnership MFBBCC (Mitsui Fudosan and the BBCC).

Razak added, "Last year, Japan was ranked Malaysia's fourth largest trading partner with bilateral trade amounting to RM120 billion, and we believe there is huge potential for our bilateral economic relations to prosper."

Set to be constructed in phases, the first phase incorporates the completion of the retail mall, hotel, offices and apartments, alongside several entertainment spaces, incorporating a strengthened infrastructure within the build and design works.

“By the time BBCC opens its doors, an integrated network of KTM, LRT and MRT lines, as well as the city centre’s monorail, will be efficiently transporting commuters around the city and beyond,” said Najib.