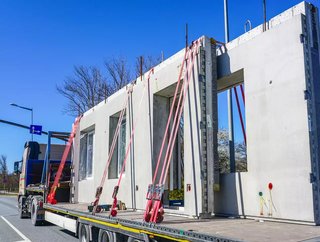 MiTek Inc., a startup owned by Berkshire Hathaway, brings automation to the industry in its Modular Initiative with Danny Forster & Architecture Partnershi

MiTeck, a company with more than 6,000 employees, provides building components, construction software and other services like engineering. Plans to start work on its first projects will begin in early 2022 - requiring tens of millions of dollars worth of investment.

What is Modular Construction?

As defined by the Modular Building Institute, modular construction is “a process in which a building is constructed off-site, under controlled plant conditions, using the same materials and designing to the same codes and standards as conventionally built facilities – but in about half the time. Buildings are produced in “modules” that, when put together on-site, reflect the identical design intent and specifications of the most sophisticated site-built facility – without compromise.”

This construction method is one of the various methods adopted for their sustainable attributes, as well as having the potential to be more cost-effective for most builds. The benefits of building with modular construction include:

Modular construction is no longer a ‘new’ method of building. But it still has widespread possibilities. MiTek plans to continue to push the boundaries of this by working with New York-based architect Danny Forster & Architecture.

The aim of this initiative is to create entire rooms for hotels, which can be stacked on-site to create the finished building. The company plans to address the issue of cost-efficiency with its plan, as this is something that modular builders have struggled with previously. The majority of the cost for these projects comes from transporting large building components, which requires specialist logistics services.

An example of one company that has attempted to streamline the process is Katerra Inc., another startup based in Silicon Valley. Backed by SoftBank Group Corp., the company has been attempting to create a business model that produces and transports large components of buildings. In its attempt to ‘cut out the middlemen’ - architects, plumbers and other trades - the company lost its backing from SoftBank Group.

MiTek is attempting to make this process more efficient by building pre-constructed kits, which reduces the size of transport consignments. The company will provide instructions for the kits and ship them on flatbed trucks. Although this model is seemingly more cost-effective, it’s not without risk. Ultimately, the responsibility for assembling the structure lies with the customer, who will rely on the directions provided.

Barry LePatner, a New York-based construction attorney, believes that construction methods should have progressed further in modern construction. “How come an entire industry is operating on mid-to-late-20th-century mode when we’re a quarter of the way, almost, into the 21st century?” he explains.

Through plans to modernise the production of buildings, MiTek will take on similar technology to that of car manufacturers. The plan involves automating most of its 225,000 square foot factory by implementing robotic welders.

Mr Ullom, a general contractor with 30 years of experience explained that MiTek’s product comes with less risk and the instructions are simple to follow. He found that other modular construction companies have failed to make the model faster and more efficient. “A lot of times, it has been bringing the chaos of the construction site and just putting a roof over it.”