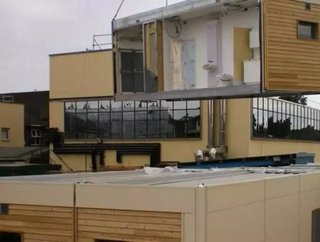 Modular construction is hot. Its being used for high-rise apartments in NYC, for dormitories at Yale, and for hotels, hospitals, and homes around the wo...

Modular construction is hot. It’s being used for high-rise apartments in NYC, for dormitories at Yale, and for hotels, hospitals, and homes around the world. And while modular used to suffer from a bit of an image problem, today 98 percent of contractors, 98 percent of architects, and 99 percent of engineers use prefabrication and modular building methods.

Why the surge in popularity?

1. A shorter build time – With modular construction, the foundation and the building can be built at the same time. Factory-based pre-fabrication also speeds up the process, giving modular construction an average 20 to 30 percent time savings over traditional construction.  That’s just the average.

A Washington state Elite Care residential care community which would have taken a full year to build using traditional construction techniques has a planned start-to-finish modular construction timeline of about five months. And a 15-story Ark Hotel in China took just 48 hours to complete, as evidenced by this time-lapse YouTube video.

2. A quicker return on investment – A tighter turn-around means more money, sooner. “Because it (modular construction) takes half the time,” said Kim Frank of the real estate finance company MCA, “we can rent out the units and generate income much quicker, and the carrying costs are lower.”

4. No weather-related construction issues – Construction crews work inside, enabling them to work year-round, no matter the weather. Building materials stay cleaner indoors, where they’re also protected from the elements.

5. A solution for difficult sites – Imagine building a hospital in Fairbanks—in the winter. A build using typical construction methods could span several seasons. Modular’s indoor construction and quick onsite erection make it a great choice for projects in harsh climates and hard-to-get-to sites.

6. Limited site disruption – The same factors that make modular work well for difficult environments can also be assets when constructing projects on sites where it’s important to keep business or activity flowing.

When a wholesale nursery in Oregon realised that a traditional site-built project would obstruct its only shipping entrance for six to nine months, the company went with modular. It was a smart choice: delivery and installation was completed in a matter of weeks and the entrance was out of service for less than two hours.

8. Less waste – Off-site modular manufacturing can reduce waste and make it simpler to use lean manufacturing methods and environmental principles during construction. Not only that, but prefab construction materials—all of them, from packaging to steel—are easier to recycle, since they haven’t been exposed to the elements.

Peter Gluck of the architecture firm Gluck+ said: “In the first three weeks of production they manufacture one entire module, which is basically like getting to see a full-scale mock-up of your project. We can watch the entire building process and do quality control, correcting something immediately.”

Any corrections are easier to make, too. “With prefab,” said Gluck, “everything is done the same, so once we make a fix, it is fixed permanently.”

10. Modular can be beautiful – From a distance, Habitat 67 looks almost like a small village of houses clustered together on a hillside on the banks of Montreal’s St. Lawrence River. But both the hill and village are really individual houses created from modular cubes stacked to hill-height—homes filled with light and green with rooftop gardens. Designed nearly half a century ago by Moshe Safdie for Expo ’67, Habitat 67’s apartments are considered some of the most beautiful homes in the city.

Another modular beauty, the Perrinepod also uses space and light to belie its compact size. The elegant design is also surprisingly sturdy: with an R value of 6.8 (a typical insulated brick-and-tile house is R1.9), it’s built to withstand earthquakes and tornadoes and earthquakes.