The Future of London's Skyline 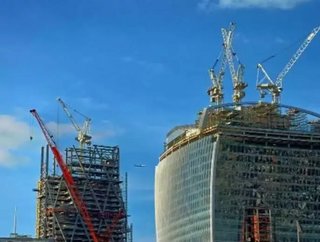 Londons skyline is ever-changing; you can visit the city one year and take in the spectacular views of some of the worlds best-known buildings and landm...

London’s skyline is ever-changing; you can visit the city one year and take in the spectacular views of some of the world’s best-known buildings and landmarks, then return the next to find a massive new development has somehow appeared as if by magic.

But some of these skyscrapers, however impressive, struggled to justify their existence as the city, like the rest of the country, was gripped by recession. Projects both finished and in planning had trouble attracting tenants and funding, and many muted constructions stalled.

More than a year after officially opening, the £1.5bn Shard until very recently still stood almost empty, but with six new tenants recently announced taking it to a 50 percent occupancy, things seem to be turning around.

As Britain begins on the road to economic recovery, projects are back on track, with several already standing tall in the famous London skyline. We take a look at some of the biggest towers newly gracing the city.

Construction of the £1bn Pinnacle at Bishopsgate in London’s financial district began in 2008, but was hit by the financial crisis and has been officially on hold since 2012.

Planned as a 63-storey, 288m tower, it would have become the London’s second tallest building, after the famous 306m Shard, and the tallest in the City of London district. However, just a seven-storey concrete core was completed before the project faded in obscurity, earning it the nickname ‘The Stump’.

The curving façade of the original design earned it the nickname Helter Skelter, and for those that appreciated the striking design, the good news is that the latest review chose to leave this largely intact, reserving alterations mostly to the interior floor plans, and introducing a viewing gallery at the summit.

Like it or not, this one is a reality, topped-out and fully completed last month.

Located at 20 Fenchurch Street in central London, the bulging upper storeys of this oddly-shaped building are designed to offer maximum space to its more affluent occupants.

The summit of the 160m construction, overlooking the Shard, will be home to a three-level ‘skygarden’, free to all as a result of architect Rafael Viñoly’s desire to give something back to those concerned about another occupation of the skyline.

Last summer, a heated discussion began after it was found that the concave shape of the Walkie Talkie was magnifying sunlight and reflecting a beam around six times more powerful than natural sunlight onto the streets below, causing damage to cars by melting bodywork. The fryscraper?

Developers unveiled plans to install aluminium fins on the "Walkie-Talkie" to absorb sunlight and prevent this happening again.

Designed by architect Richard Rogers and developed by British Land and Oxford Properties, the 225m building at 122 Leadenhall Street, also in the City of London financial district, is also due for completion in the next few months, as a new neighbour to the Gherkin and Walkie Talkie.

The distinctive wedge shape that gave it its nickname is angled such that each floor is 75cm shorter on the south side than the one underneath. This angle serves an important purpose, meaning the building tapers away from the historic landmark St Paul's Cathedral and protects the much-appreciated view from Fleet Street.

However, this sympathetic approach to the view has also sacrificed office space: the 908,730 sq ft available a rather small return for a building of such stature.

One for the future; set for completion in 2017, the team behind the Gherkin and Heron Tower developments helped Skanska win the contract for the £500m tower.

It will rise to 190m, with 35 storeys, making it 10m taller than the Gherkin. The façade’s glass cladding calls to mind the city’s current tallest tower, the Shard. A new public space will be created at ground level, as well as an underground restaurant.

Demolition works are set to begin in summer or autumn of this year, and superstructure installation will take place between winter 2014 and summer 2016.

When opened, it will serve as the European HQ of insurance giant WR Berkly Corporation, who will occupy about 20 percent of the building.

Brookfield Multiplex’s development in the financial district consists of two towers, one a 40-storey mixed-use tower standing at 172m, and the second a much more modest seven-storeys, containing offices and a restaurant. Combined, they provide more than 900,000 sq ft of office space.

The development faces the district’s current tallest building, Heron Tower, and is targeting a BREEAM Excellent rating and LEED Gold for its low energy use and use of sustainable materials.

It is currently scheduled for completion in 2016.