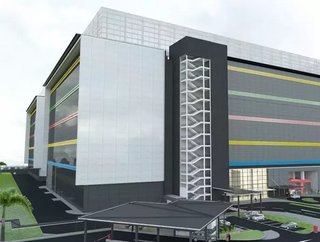 Google has broken ground on a new data centre, the third of its Singapore data centre investment plan. The company announced this week that it started...

Google has broken ground on a new data centre, the third of its Singapore data centre investment plan.

The company announced this week that it started construction on a new data centre in Jurong West, Singapore.

The new multi-story facility is promised to be “one of the most efficient and environmentally friendly” sites in all of Asia, utilising machine learning, recycling water and diverting 100% of the data centre’s waste away from landfill.

This is part of the company’s strong clean-energy and climate-change ;policies, adding clean power to the grid by investing $2.5 billion in solar and wind projects.

“We started building our first Southeast Asia data center in Singapore back in 2011, expanding quickly to a second building in 2015 due to the rapid growth in users and usage in the region,” said Google in a statement.

“The pace hasn’t slowed. In the three years since our last update, more than 70 million people in Southeast Asia have gotten online for the first time, bringing the region's total to more than 330 million–that’s more than the population of the United States.”

“To keep up with that demand, we’re starting work on a third facility in Singapore. Located in Jurong West, just down the road from our first two buildings.”

Those first two buildings, are the company’s Cahnghua and Singapore data centres.

With the construction of the third data centre, Google’s long-term investment into Singapore data centres to $850 million.

As part of a company wide global strategy for reducing environmental waste, Six of Google’s operating data centers have already reached 100% landfill diversion, with the latest data centre to fall in line with this strategy.