Which countries are leading the adoption of BIM? 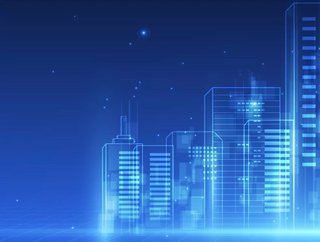 As Building Information Modelling (BIM) technology becomes more widely used, we take a look at which countries are leading the way in its adoption

Building Information Modelling (BIM) was first used by UK construction firms in the 1980s. Since then an increasing number of countries such as Germany, Austria, and Russia have also started to use it, but which country is leading the way?

According to research by PlanRadar, the UK, as of 2021, remains the leader in BIM implementation in construction when compared with other European nations. However, the company’s research shows that there is clear evidence other countries in close pursuit.

As part of the research into the adoption of BIM, PlanRadar examined government policy documents and conducted interviews to find out why BIM is being deployed in each country. The study also allowed the company to gauge construction professionals’ attitudes to digital technology tools in their industry, as well as explore where fast growth rates in BIM are most likely in the coming years. In addition, it looked at which governments have progressed furthest in making construction BIM mandatory. PlanRadar says the findings are “a useful follow-up to the recently published Construction Manager BIM annual survey”, which pinpoints distinct barriers to adoption in the UK market.

While Britain has long been considered a pioneer in BIM technology, with projects such as the Heathrow Airport reconstruction, it seems that Russia is catching up. Even though its first BIM projects only appeared in 2014, PlanRadar says that the country “is on a steep upward trajectory”. According to the research, no other European country has adopted so many laws on standardisation and the mandatory implementation of BIM in the construction industry. “Russia is arguably the most eagle-eyed nation for compliance and harnessing advanced BIM tech to drive efficiencies”, the company said.

Germany’s BIM adoption is also rapidly increasing as its government invests in BIM standardisation, skills training, and support for BIM projects, in line with its vision for the future digitalisation of the German construction sector.

As part of its research into the adoption of Building Information Modelling, PlanRadar has summarised each country. According to the company, here are the summaries for the UK, Germany, Russia, and France.

The research report concluded that the adoption of BIM is yet to reach its full potential in Europe. While the UK is currently the leader, countries such as Russia and Germany are evidently forging a clear path and have goals surrounding skills and legal frameworks. PlanRadar says that next year’s European BIM ranking “could paint a very different picture”.