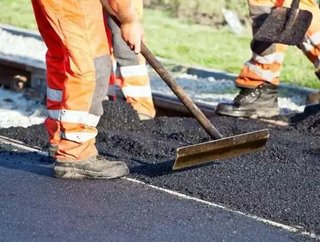 The Highways Agency has selected Balfour Beatty, Carillion, Costain and a BAM Nuttall/Morgan Sindall joint venture to deliver upgrades to a 17-mile stre...

The Highways Agency has selected Balfour Beatty, Carillion, Costain and a BAM Nuttall/Morgan Sindall joint venture to deliver upgrades to a 17-mile stretch of the M60 and M62 to a ‘smart motorway’.

The contract is worth £184 million, and will see the delivery partners sharing knowledge and best practice through a collaboration agreement, which will reduce individual risk.

Balfour Beatty, which will serve as lead contractor, said the upgrade, for the UK Government’s Highways Agency under its National Major Projects framework, will increase capacity, reduce congestion and shorten journey times for motorists, and employ 1,000 construction workers at its height.

The M60 between junctions 8 and 12 will be upgraded to a controlled motorway with traffic flows managed by technology interventions responsive to the volume of traffic on the network. The M62 between junctions 18 and 20 will become a four-lane, all lane running motorway by adapting the hard shoulder for continuous use and using electronic signs to manage traffic flows.

Works will include installing and refurbishing gantries, new static and variable signs, lighting, concrete safety barriers, drainage and surfacing works.  Balfour Beatty will employ a public liaison team throughout construction due to the proximity of the scheme to a large concentration of businesses and residents.

Balfour Beatty Executive Chairman, Steve Marshall said:  “We have been working with the Highways Agency for twenty years and look forward to building on that successful relationship.  This scheme will benefit the 180,000 road users that pass through this section of the motorway network every day. We are committed to lead this project in a collaborative way with our partners, employing local people and businesses in our supply chain.”

Andrew Wyllie, Chief Executive of Costain, said: “The upgrading of our road network infrastructure is essential to maintaining and improving connectivity amongst the various regions of the UK, and thus to enabling the nation’s economy to grow. We look forward to working in collaboration with the Highways Agency and with our partners to deliver this project, using the latest in new and innovative traffic management technology.”

Construction will begin in July 2014 with completion scheduled for Autumn 2017.